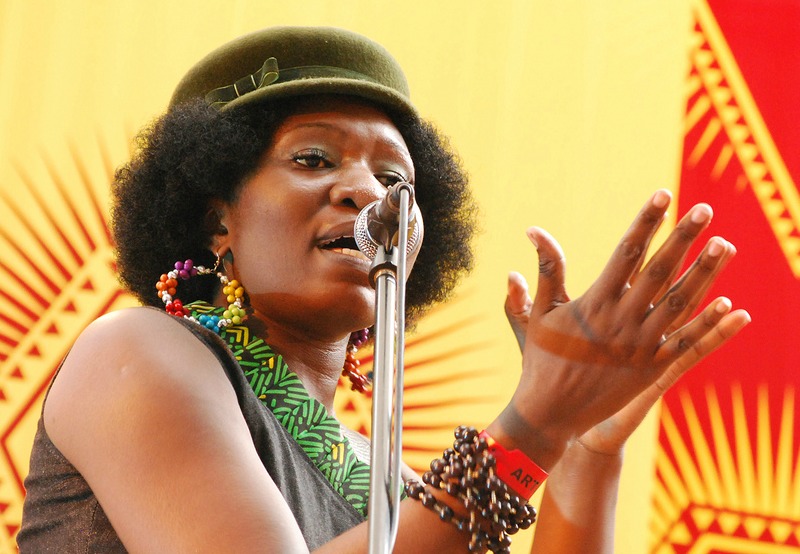 ZIMBABWE Afro Jazz artist, Edith Weutonga on Tuesday blamed fellow musicians for letting the nation down through failure to use their artistic talents to raise awareness and possibly minimise the damage caused by the recent deadly tropical Cyclone Idai in Manicaland and Masvingo.

She speaking ahead of a planned free musical concert to be hosted by the Zimbabwe Musicians Association in collaboration with Protection of Adults and Children Trust, United Women in Music and Harare City Council.

All proceeds that shall come in the form of donations from the show shall go towards Cyclone Idai victims.

Addressing journalists at a press conference at Town House Tuesday, Weutonga said she regretted that local musicians let the nation down.

“As musicians, we let our people and ourselves down as well because the message was on all media, international media even but we did not make use of the numbers that we reach through our music, through our social media pages,” she said.

The Kadoma born crooner said in case of another disaster hitting the country, musicians must play a role in encouraging preparedness among citizens.

“One of the lessons I have learnt and I urge my fellow musicians is that whenever news has been proved to be true, there are many people that we can reach through our music and performances.

“We need to do things better as role models,” she said.

The natural disaster which devastated the country has led to nearly a hundred deaths, missing persons and massive damage to property worth millions of dollars in the affected areas.

Efforts are also being made to include big names like Jah Prayzah, Sulumani Chimbetu on the concert line up.