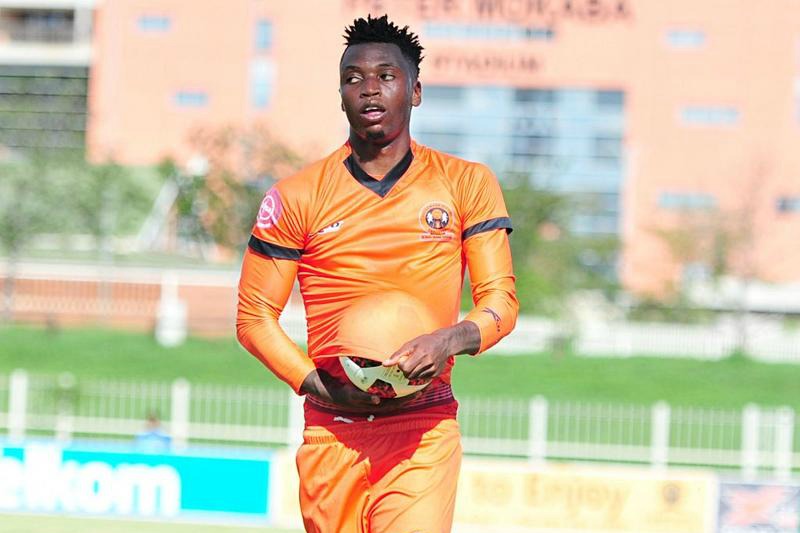 ZIMBABWE international striker Walter Musona has opened up for the first time on the events which led to him being implicated in a house break-in and armed robbery in Polokwane, South Africa last week.

The 23-year-old forward, who plays for South African club Polokwane City, was questioned by South African police on Monday after his car was used in an armed robbery of a guest house in Polokwane last week.

In an interview with South African football magazine KickOff, Musona pleaded innocent after his name was implicated in the scandal.

“It’s not me but it’s a friend [Bothwell] that was using my car,” Musona told KickOff.com.

“We were chilling at my place, it was late he and wanted me drop him at his place. But I told him that I was a little bit tired and allowed him to go with my car and bring it to training in the morning, and I would make arrangements with George Chigova to go with him to training the following morning because we stay in the same complex.”

Musona added: “After about 30 minutes he called to say that he was going to sleep. I also went to sleep but around 5am I received a call that my car was involved in an accident. I tried to call Bobby [Bothwell] but he was not picking up my calls. We went to his wife’s place and she called him on another number. He confessed that he has messed it up. He said he was scared to come back and was heading to Zimbabwe. He dropped the call and promised to call again but he never did. I later went to the police station to write a statement.”

Musona also apologised to his team, family and friends in Zimbabwe.

“I want to sincerely say sorry to the club, my family and friends. I am clean. I wouldn’t dare get involved in crime. I am a soccer player, I don’t do crime. I wouldn’t do anything to tarnish my career. I am very sorry that this case has to come this way and paint a bad picture about me.”