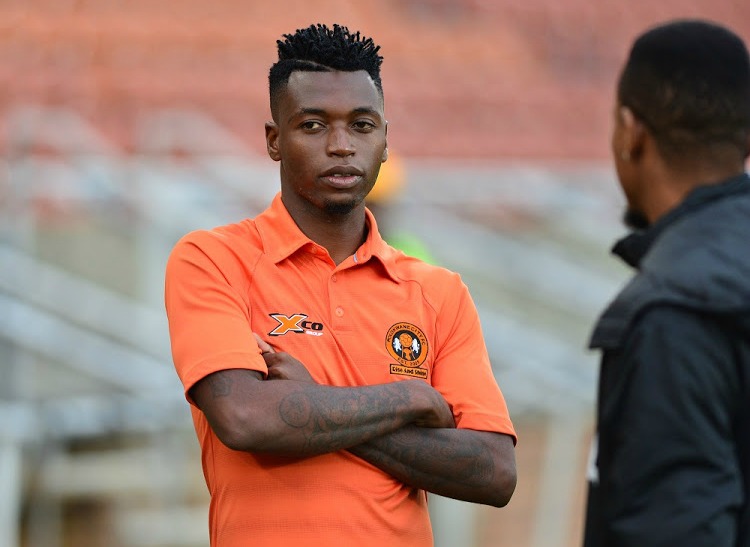 SOUTH African police have confirmed that Polokwane City striker Walter Musona was taken to a police station in Polokwane for questioning after his car was involved in a house break-in and robbery in the province last week.

This follows social media reports weekend that the 23-year-old footballer, brother to Belgian based Warriors skipper Knowledge Musona, was arrested after allegedly being involved in an organised crime syndicate taking stolen goods from South Africa to Zimbabwe.

According to the reports, Musona’s car was involved in an armed robbery that happened in a guest house in Polokwane last week.

Limpopo police spokesperson Moatshe Ngoepe dismissed reports that Musona has been arrested but confirmed that he was taken to a police station on Friday for questioning.

“He was taken for questioning but no suspect has been arrested,” Ngoepe told the South African football website KickOff.com. “The case is still under investigation.”

The player’s manager Mike Ngobeni dismissed the claims that his client was involved in robbery and house break-ins and instead accused Musona’s countryman and friend of committing the alleged crimes.

“Walter’s friend from Zimbabwe, Bothwell Maligasi had asked Walter to accompany him somewhere after training but he said he was too tired to drive and in the end, he lent him his car and asked him to bring it back in the morning.

“The guy took the car and did what he did somewhere and they were running away from the police when he smashed the car.

“The police wanted to confirm that the car belonged to Walter and to understand the facts but they never arrested him.

“It is a pity that some people have rushed to conclude and are spreading damaging lies on social media.

“Walter is trying to make an honest living from playing football here in Polokwane and he has been doing well for himself at the club and does not need to steal TVs or any property,” Ngobeni said.