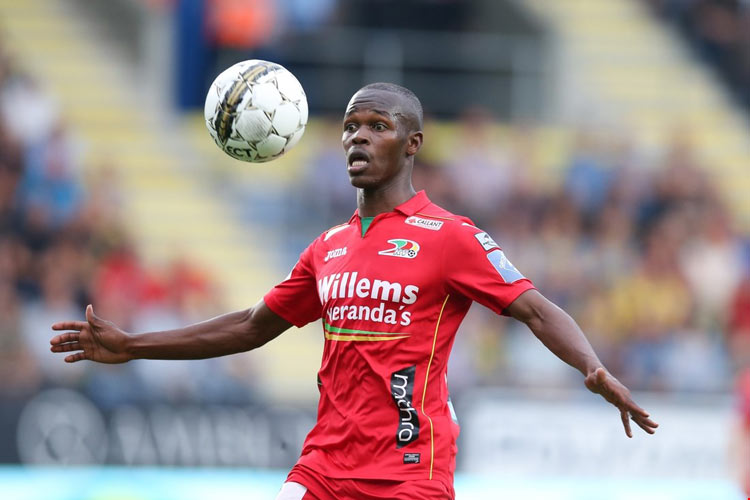 ZIMBABWE captain Knowledge Musona scored his first goal for his new side KSC Lokeren to inspire them to a shock 2-1 home victory over Royal Antwerp in a Belgian Pro League on Saturday night.

The 28-year-old striker, who recently joined the struggling side on loan from giants Anderlecht, made an immediate impact on his return to from the side-lines due to illness after opening the scoring with a superb strike from a tight angle in the 32nd minute.

The former Kaizer Chiefs and Hoffenheim player nearly doubled his team’s lead ten minutes later but his effort could not find the target.

KSC Lokeren, who are anchoring the 16-team Belgian Pro League standings, however stretched their lead through winger Marko Mirić in the 67th minute before third placed Antwerp got their consolation from Lior Refaelov on the stroke of full-time.

The victory ended a five-match losing streak for bottom side Lokeren, who are now five points behind 15th placed Waasland Beveren.

The Zimbabwe international was named man of the match after putting on an impressive display for Lokeren upfront on his return to the starting line-up after recently being diagnosed with chicken pox.

Musona was initially expected to be ruled out for four weeks but made a quick recovery to feature in Saturday’s encounter.

The player’s return to scoring form will come as good news to Warriors coach Sunday Chidzambwa as he is expected to spearhead the Warriors attack in their decisive Afcon qualifier against Congo-Brazzaville set for the National Sports Stadium on March 24.

Zimbabwe will head into the match needing just one point to qualify for the finals to be held in Egypt in June and July.

The Warriors top Group G with eight points from five games while Liberia are second with seven points and the DR Congo are third on six points. Congo-Brazzaville are on five points.

Only the top two teams will go through to the finals but as it stands all the four sides in Group B have a chance of qualifying depending on the results on match day.