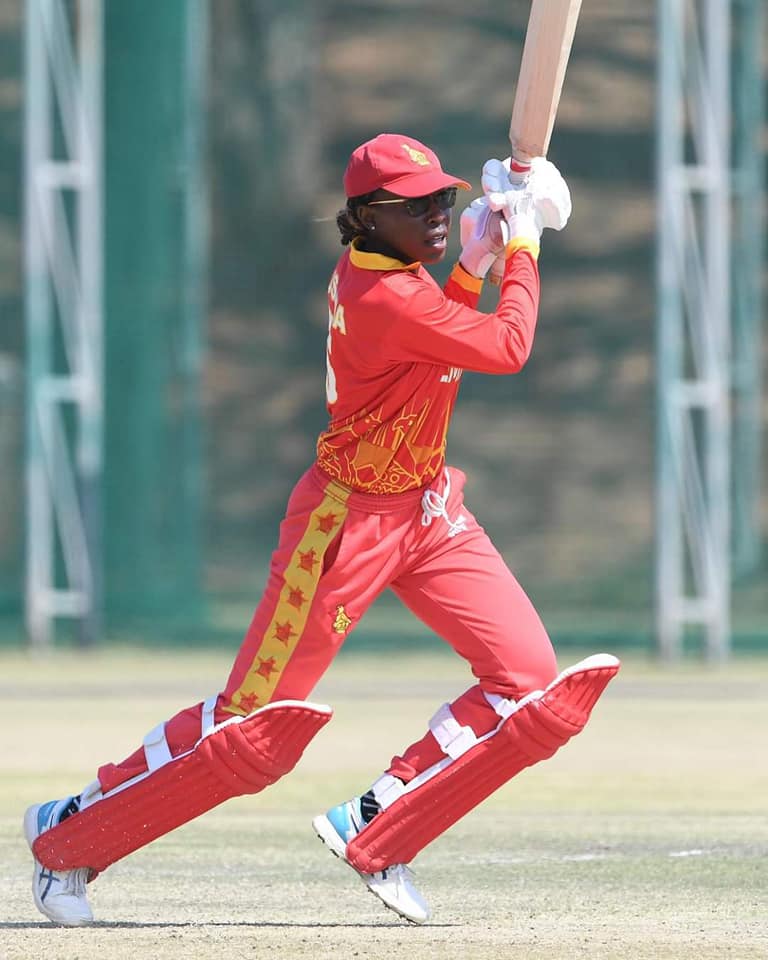 ZIMBABWE women’s cricket team captain Mary-Anne Musonda is confident that her team will make history by securing their maiden qualification for a global during the ICC Women’s T20 World Cup Qualifier which gets underway in Abu Dhabi, the United Arab Emirates on Sunday.

The Lady Chevrons will be aiming to finish amongst the top two teams from the eight-team qualifier tournament to qualify for the 2023 ICC Women’s T20 World Cup in South Africa.

Zimbabwe are in Group B alongside Papua New Guinea, Thailand and the UAE while Pool A features Bangladesh, Ireland, USA and Scotland.

The top two teams from each group will make the semi-finals while the finalists will book their places in the T20 World Cup.

Musonda and her teammates will be seeking a winning start to the qualifying competition when they face Papua New Guinea on Sunday.

The inspirational Zimbabwe captain said their target is to qualify for their maiden World Cup tournament.

“Our team’s objectives at the tournament are mainly to apply ourselves and go through our processes thoroughly while taking each game as it comes. We want to qualify for the World Cup, but we understand that getting there will take us managing all the moments as they will come in each game,” Musonda said ahead of the tournament.

“I think teamwork is what we’re going in with. We want to play a brand of cricket that we have been playing in the last couple of months, which is playing with freedom and being brave. All the other finer aspects in each department sort of take care of themselves.”

Zimbabwe Cricket has ensured that the Lady Chevrons have the best possible preparations ahead of the qualifiers.

They played a triangular series against Uganda and hosts Namibia before embarking on a tour of India, where they played against very competitive local sides.

Their biggest confidence boost came recently in South Africa, where they sealed a landmark T20 series win against a very strong South Africa Women Emerging side in Pretoria.

In their final phase of preparations, the Zimbabwe side beat hosts UAE, USA and Thailand in a Women’s Quadrangular series which ended on Tuesday in Dubai.

“We have been in Namibia, India and South Africa preparing for this tournament, working on our game and working on our minds. It’s been a successful few months. I think probably adjusting to playing under lights might present a few challenges for us. But we’re hoping to manage that as well,’’ she said.

The matches for the qualifier, a tournament that will feature eight teams are taking place at the Zayed Cricket Stadium and the adjacent Tolerance Oval