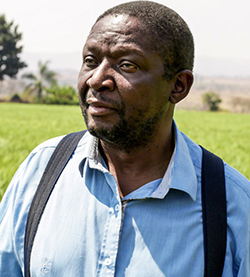 THE government has allegedly blocked war veteran Agrippa Mutambara’s book The Rebel in Me from being taught in the country’s high schools.
This comes after the former Zimbabwe ambassador to Mozambique and Swaziland dumped the ruling Zanu PF party and joined the opposition.
“I had almost completed negotiations with the Ministry of Education for my book to be taught in schools,” Mutambara told NewZimbabwe.com in a recent interview.
“The book had been approved but the moment I joined Zim PF, the deal was cancelled.
“I am so disappointed that school children were deprived the opportunity to learn the raw and undiluted liberation history of our country.”
The opposition leader vowed to continue lobbying for his book to be adopted as a set text when a new government comes to power.
Mutambara, a former ZANLA commander in the liberation war alongside the likes of Joice Mujuru was one of founding leaders of the opposition Zim PF party in 2015 before
Mujuru later quit and formed the National People’s Party (NPP) following irreconcilable differences with other senior leaders of the party resulting in Mutambara taking over as ZimPF leader.
Whilst still a member of Zanu PF, Mutambara published The Rebel In Me which chronicles his personal experiences as a guerrilla commander in Mozambique.
The book also outlines the psyche of freedom fighters who engaged in the revolutionary armed struggle and why, even when exposed to extreme hardship and continual assault by a superior military adversary, they remain committed to the liberation struggle.Advertisement