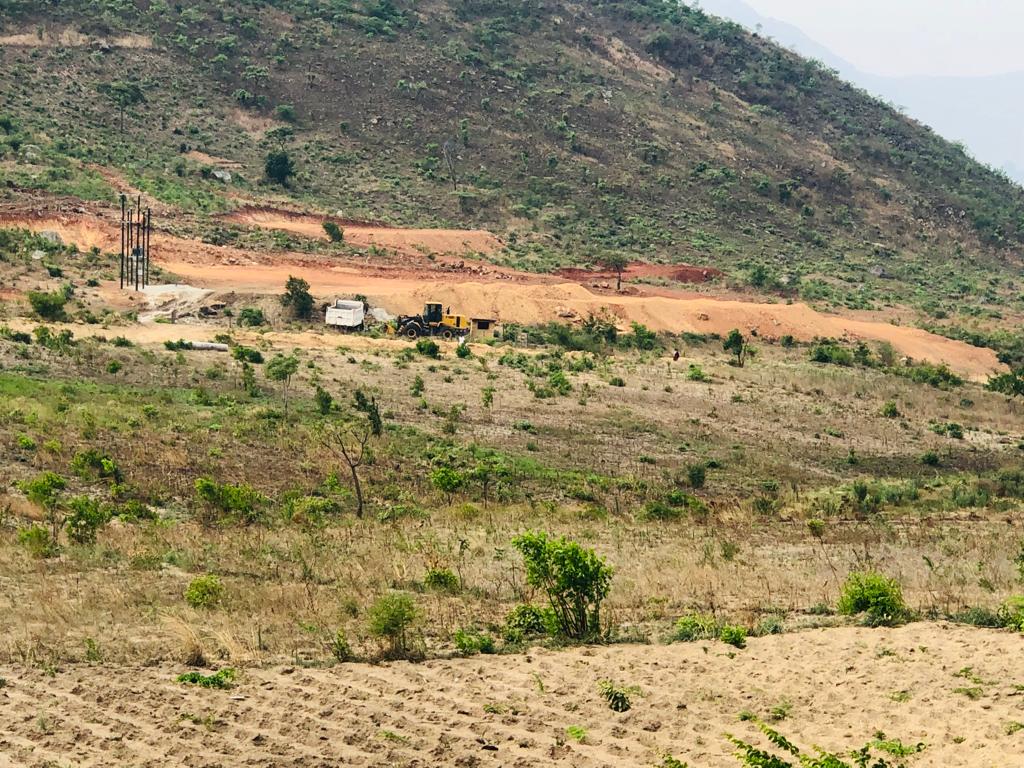 MUTARE Mayor Blessing Tandi says the local authority will engage relevant stakeholders to make sure that they appreciate the establishment of a Chinese quarry mine being established at the deforested Dangamvura mountain.

Tandi was speaking Friday during a full council meeting that was held at town house chambers.

Under the confines of a 10-year lease agreement seen by NewZimbabwe.com, Freestone Mines will pay a paltry of US$7 557 annual fee to council in order to conduct its quarry stone mining operations.

However, a vicious war has erupted after council failed to consult residents regarding the establishment of a quarry mine.

Residents have since demanded council to relocate the Chinese miner to a new site far away from residential areas and water distribution pipes.

Speaking during the full council meeting Tandi said: “I think that most probably there is need for us to engage stakeholders over this burning issue.”

“It is wise for us to engage before we hold a press conference. We must engage all stakeholders so that they will have an appreciation of the the development being spearheaded by council and after that meeting we will then give a press statement,” he said.

Ward 19 Councilor Calvin Matsiya demanded an update to ascertain whether the Chinese Miner had gone through EIA process.

“We need an update as councilors so that we will keep our residents that we represent well informed. Was the EIA conducted, I am asking because the lessee has already established electricity connections, borehole and a road,” Matsiya questioned.

Deputy Mayor Farai Bhiza added: “We cannot blame residents for airing out their concerns. We want to hear from Engineering department about who gave Freestone Mines permission to go on the ground without complying to obligations set in the lease agreement.”

“The EIA has not been done in line with the lease agreement and it is a cause for concern for us as council. After realizing that the investor had started preparatory works, we crafted a letter signed by Town Clerk compelling the lessee to stop their operations until EIA has been finalised coupled with approval from city engineer,” Sango said, noting that Freestone Mines conduct was outside council’s permission.

Freestone Mines director Ruoxin Qi apologised to residents saying his company had already halted all preparatory works until due procedures are finalised.

“Right now the situation is under control and we are working flat out to comply with requirements of EMA and City Council. Before we get the EIA certificate, we will not continue to conduct preparatory works,” he said.