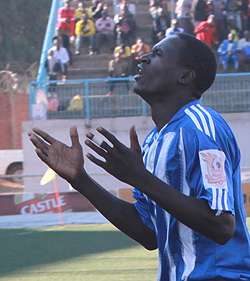 MUTARE City coach Taku Shariwa has warned Dynamos of a brutal afternoon, ahead of Sunday’s league match at Sakubva Stadium between the two sides.
Both sides are yet to win their matches this season with City losing both of their two games, while Dynamos have managed to at least draw.
But more pressure is on Dynamos who arrive in Mutare with their coach Paulo Jorge Silva already sitting on a three-game ultimatum.
City have already run changes in their technical team, by bringing in Shariwa to replace demoted Kennedy Kachara.
With Mutare City’s results so far making a more grim reading than Dynamos after shipping in seven goals following a 3-0 thumping by Ngezi Platinum and a 4-1 routing by Harare City, Shariwa says Dynamos should not take them lightly.
“Of course results have failed to come our way so far but this can change beginning with the Dynamos game. We are equally determined to get it right so we will throw everything at Dynamos,” Shariwa said.
“So they should expect a tough match just like we are also expecting a tough one. Dynamos should not view us as punching bags. We are so eager for three points so we will not make it easy for them. We respect them so they should also do the same to us.”
Favourable results have failed to come for Mutare City despite having in their war chest PSL veteran players like the former Dynamos duo of Wonder Sithole and goalkeeper Philip Nhete as well as Smart Muchabaiwa and Philip Nhete.Advertisement