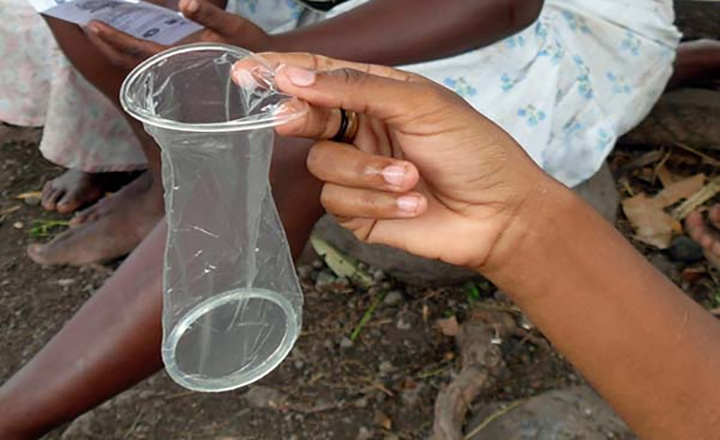 MUTARE: Efforts to promote female condom use as a key component of HIV prevention are likely being undermined after it emerged that they were being used to clean laptops and furniture by students in tertiary colleges.

Female condom uptake remains relatively low in the country due to misconceptions.

According to the ministry of health, more than 140 million condoms were distributed in Zimbabwe last year.

Out of the total distributed, only five million were female condoms.

Even so, health minister Dr Samuel Parirenyatwa said the high figures are only a reflection of distribution patterns and do not translate to actual use of condom.

However, females at tertiary institutions who are considered to be at the high risk of contracting sexually transmitted infections (STIs) are using reportedly the condoms to clean and wipe their laptops and their furniture.

They claim the female condom has oil lubricant which is similar to Mukwa or Teak oil which they said can wipe all the dust particles off their machines and tables.
“I prefer to use the condom to clean my machine and wipe my tables,” said one student.

“As you can see my machine is clean. I use the other part of the condom to clean the whole machine and my tables.

“Then I use the ring to clean between the keys on the pad.”

She said it’s expensive buy an original laptop cleaning spray which costs about $10.

Another student said use of female condom for sex comes with challenges such as discomfort and allergy reactions from the oil lubricants and they prefer to convert it for other uses.

“We just collect them for other uses such as cleaning our machines and furniture. We also supply colleagues at home so that they can also clean their furniture.

“I collected 50 from a toilet at a building in the CBD and we used them for cleaning. It’s better that way because if you take your laptop to experts in town they charge $6 to clean it.”

Others said the condoms were of no use to them since men usually bring their own condoms.

Brian Maruta, 24, a computer technician who operates in the Central Business District (CBD) warned that people should use approved chemicals to clean their machines.

“Some of these wipes or oils may contain strong chemicals, often including both alcohol and ammonia which can destroy your screens,” he said.

“They will also leave a steaky residue on your keyboard and may cost you to repair. Generally, some wipes are just too harsh for regular laptop cleaning.”

He recommended that people use clean dry cloths to wipe dust off their machines or seek services of qualified experts.

According to Zimbabwe National Family Planning Council (ZNFPC) the uptake of the female condom is currently at 0.1 percent owing to a myriad of factors, chief among them being culture cultural and religious beliefs.