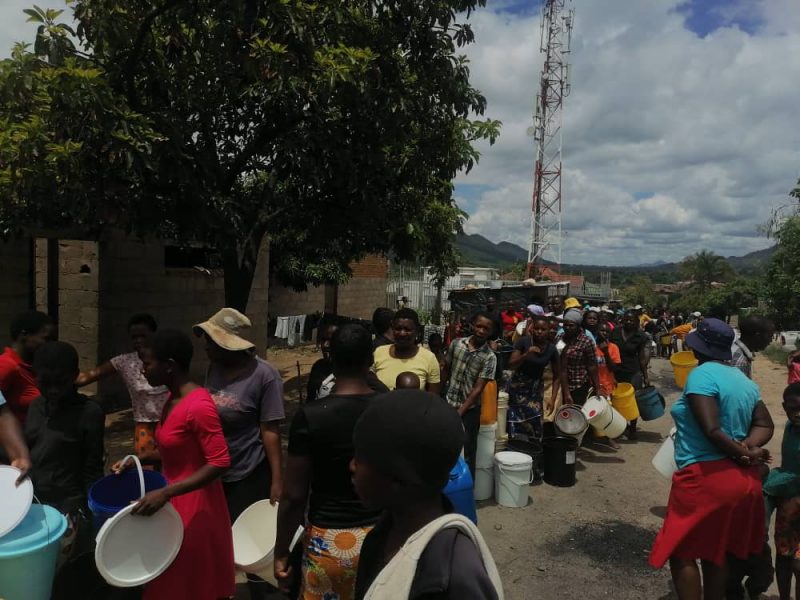 MUTARE: Residents here could heave a deep sigh of relief this Thursday after the local authority announced normal water supply will be re-established across the border city.

Most suburbs in the city ran dry last week, with residents fearing the city may be plunged into a health hazard.

The serious water shortages were induced by repair works being conducted by the City of Mutare at the Odzani waterworks treatment plant.

However, in an update, the local authority said it completed the repair works at Odzani Waterworks Sunday.

“As a result, some of the areas started receiving water Sunday, some Monday, and others will receive water as the week progresses,” it said.

“We anticipate normal water supply to be restored by Thursday since it takes two to four days to fill up the Christmas Pass balancing tanks depending on the turbidity of Pungwe River water.”

Some residents in Hobhouse went for days without water, and Zanu PF’s Dangamvura-Chikanga shadow MP Isau Mupfumi chipped in and supplied the precious liquid using his own water tanks.

“We had dry taps for days before Hon Mupfumi came to our rescue with a 18 000 litre water tanker vehicle. He saved over 300 families and residents were.

Mupfumi told NewZimbabwe.com he would continue to supply water in suburbs across the city until normal supplies are restored.

“I always chip in with water supplies in areas facing acute water shortages. Dangamvura has been an issue for a long time, for instance, Gimboki and federation settlements have had no water supplies since their establishment. I supplied water in those areas and drilled three boreholes in Gimboki when I was an MP,” he said.