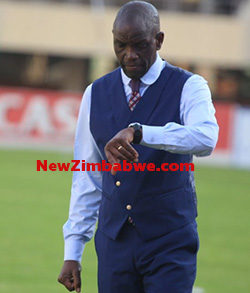 HARARE: Struggling Dynamos started showing some signs of improvement over the weekend when they defeated high flying ZPC Kariba 3-1 at the National Stadium.
The win also eased some pressure off coach Lloyd Mutasa, who was given a ultimatum by the club bosses to start producing results.
The players responded very well and they won at home for the first time this season, in a game that showed true fighting characters.
After the game coach Mutasa, was pleased with the result, but he said they are not getting carried away though, they have now won two games in a row, as they also won on Thursday.
“The win can only enhance the confidence in the young stars, so I am happy that we managed to get the points and score three goals, against a side that normally doesn’t concede much,” he said.
“Even thou we are happy with the result, we won’t be relaxing at all, as this is just the start of more hard work to come from everyone in the team.”
“We need to show that we can do better than this and bounce back to fight for the title. It’s not too late to turn things around,” Mutasa concluded.