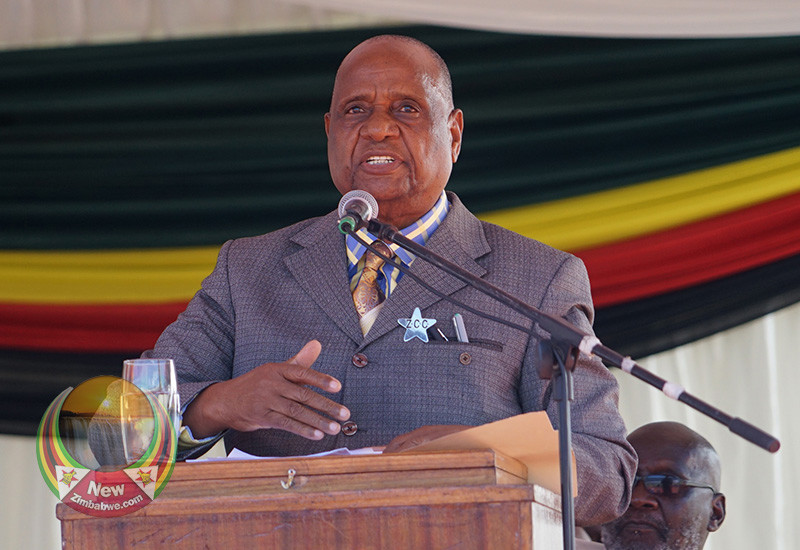 PROMINENT Zimbabwe cleric Nehemiah Mutendi has hit out at fellow men of the cloth in Catholic bishops who on Friday wrote to government expressing disquiet over rampant rights abuses and poor leadership.

Addressing the media in Mutare Tuesday, the Church Zimbabwe Indigenous Interdenominational Council of Churches (ZIICC) patron insisted the church should not be found opening old wounds.

Mutendi, who is also Zion Christian Church (ZCC) leader, said instead of opening old wounds like the Gukurahundi issue, churches should divert their energies towards preaching messages of hope to a nation burdened by drought and sanctions induced economic hardships.

“This is the time to preach hope that God has given us this land and boundaries, we live here and we have a past and bad things have happened and we are correcting it through prayer,” said Mutendi.

The press conference by ZIICC follows a strong pastoral letter by seven Catholic Bishops who deplored an unprecedented government crackdown on dissent against a backdrop of economic ruin.

Amongst the solutions proffered by the Bishops was the need to heal the country and deal with past injustices for the country to move forward.

Responding to the Pastoral letter, government strongly rebuked the bishops describing the man of the cloth as an evil-minded flock of misled narrow-minded bishops.

Similarly, Mutendi sees everything wrong with the stance taken by his peers.

“Church leaders should not speak out about past wrongdoings but focus on giving hope to their flock. There is no need to remind one another of the past because everyone has dark past.

“We don’t talk about those bad things that happened in the past. We don’t want tribal feelings, we don’t need to remind each other of our past because everyone has a dark past,” said the cleric.

Mutendi said the church should leave politics to the politician and stick to its roles of praying and feeding the nation.

“Leave the politicians alone, let them play their game. Let’s pray and feed the nation.

“As an indigenous church which does not get instructions from other quarters except from heaven and bible, we don’t go overseas for assistance,” said Mutendi. 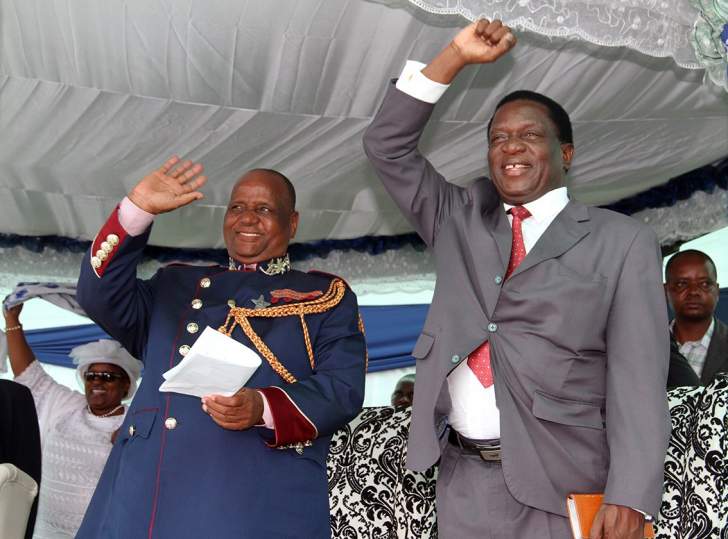 Mutendi at a past event with President Emmerson Mnangagwa

Mutendi however admitted that violence was perpetrated on the opposition in the country citing a case where the late and founder of MDC who died of colon cancer Morgan Tsvangirai was brutally assaulted and injured  by soldiers in Highfields township on March 11, 2007 on his way to prayer meeting.

“One case of violence which I always remember in my head is when Morgan Tsvangirai was injured and bandaged. Everybody witnessed that but today there are reports of violence but you don’t see a picture,” said Mutendi.

He said ZIICC will be not be coerced to join to speak ill about government by joining a bandwagon of “liars”.

“But if anyone asks me whether there is violence today, I can’t tell you what I have not seen. I can’t join liars,” said Mutendi.

He said there were a lot of churches which were involved in violence in the past, adding that during the Rwanda genocide, some church leaders were involved.

“We don’t resurrect those things. If someone purports to be prophet and remind people about Gukurahundi, are there not other things to remind our people today. Which country does not have a dark past? Even England, Germany or America without blood,” said the clergyman.

ZIICC spokesperson, Andrew Wutawunashe said while the country waited for the next elections, it was best for the nation to rally behind the present government`s vision of rebuilding the nation and its economy while pursuing a path of peace and unity in diversity.

He appealed to the international community and organisations that matters in the development of the country to help Zimbabweans move forward.

“It is also this appeal that we make today to governments as well as international and other organizations who are stakeholders in the journey of this nation; it’s time to help the Government and People of Zimbabwe to move forward,” said Wutawunashe who is the founding leader of Family of God.