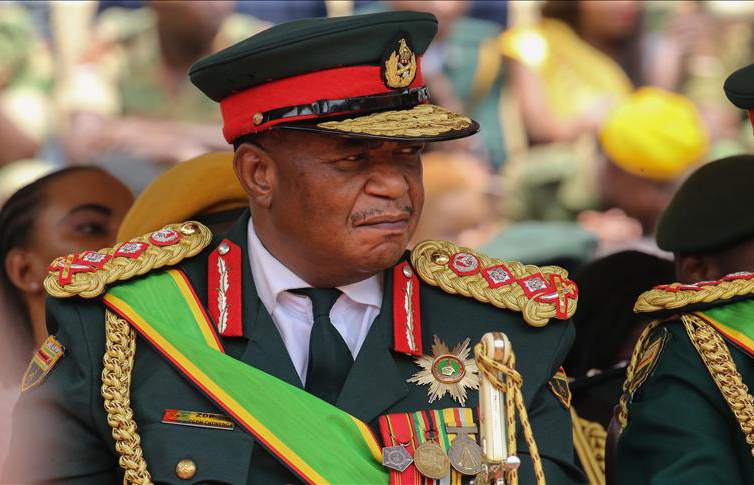 The liberation war veteran said the November 2017 military coup should never be allowed to happen again, adding that the military cannot be allowed to take Zanu PF from a democratically elected President.

Led by then defence forces chief General Constantine Chiwenga, the military swooped onto the streets on November 15 in an operation that resulted in the resignation of long-time ruler Robert Mugabe.

Mnangagwa took over power with Chiwenga coming in as one of the vice presidents.

Addressing a consultative meeting of the NPF at the weekend, Mutinhiri said Mugabe urged him to form the opposition party in order to challenge the military’s assumption of political power.

Mutinhiri resigned from both Zanu PF and parliament forming NPF with Mugabe’s blessings.

“Zanu PF had its values. It successfully led the Chimurenga war. It pained me to leave that party. I left after some of the comrades did the unbelievable thing (coup). Not even once did I ever dream about the events of 15 November, 2017,” he said.

“If you are military personnel riding a tanker (and) holding a gun, that tanker is not yours and even the gun does not belong to you.

“The masses are saying protect us. They are giving you their trust. When you then point the gun to those people who have their trust in you; that is unacceptable. This is what led to some of us leaving Zanu PF.”

He continued; “If we allow such things to happen, such incidents will continue to take place.

“If we do not put a stop to such an attitude where anyone who does not believe in the current leadership uses the gun to topple a democratically elected leader, then we will continue to have problems.

“Zanu PF cannot just go without a fight. No! This is what led to the formation of NPF. Mugabe himself complained that if members of the party and the masses really wanted him out, then they should have done it without the use of force.”

However, the fledgling party has already been hit by divisions with one group firing Mutinhiri as interim leader and backing MDC alliance president Nelson Chamisa.

The former government minister responded by counter sacking members of the rival faction, accusing them of being used by former first lady Grace Mugabe to undermine his leadership.