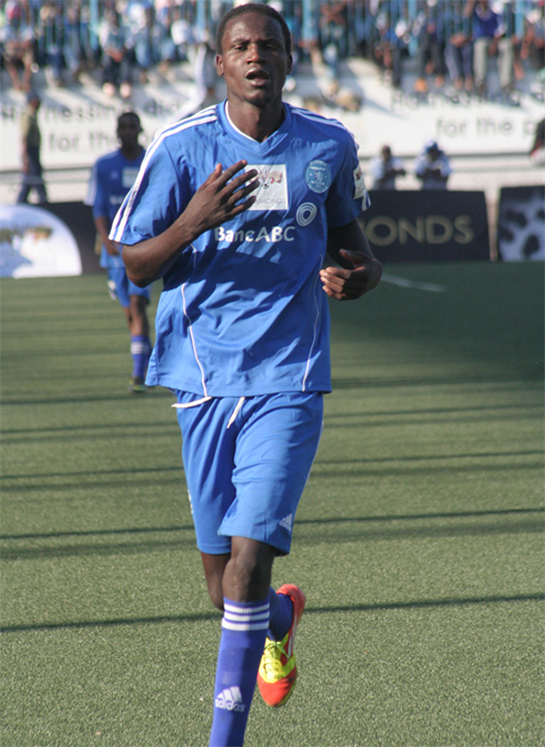 RODERICK Mutuma and Tafadzwa Rusike’s handlers will continue engaging Dynamos this week as they push for the renewal of the players contracts which expired at the end of last year.
Mutuma has already started training with Dynamos while talks are ongoing, Rusike is yet to join the Harare giants pre-season.
The players are represented by Edzai Kasinauyo who said talks with Dynamos have so far not yielded any fruits.
“We have spoken to Dynamos but nothing has come out of it as yet. We will continue discussing with them this week and hopefully we will strike common ground,” Kasinauyo said.
“The players want something concrete from the club and that is why Roddy Mutuma has shown commitment. As for Tafadzwa he is also just waiting for something positive to happen. Let us just wait and see what will come out of our meetings this week.”
Rusike has however been linked with a move to the Angolan league.
Dynamos secretary general Webster Chikengezha has refused to back down from their offers for the players.
“We cannot offer what we do cannot afford. We have made it clear that we will only go for what will not inconvenience us. We are waiting to hear from the players’ representatives if they accept our offers,” Chikengezha said.
Striker Simba Sithole and midfielder Russell Madamombe were expected to renew their contracts at the weekend but are yet to commit.

He has shown commitment to remain at Dyanmos … Roderick Mutuma