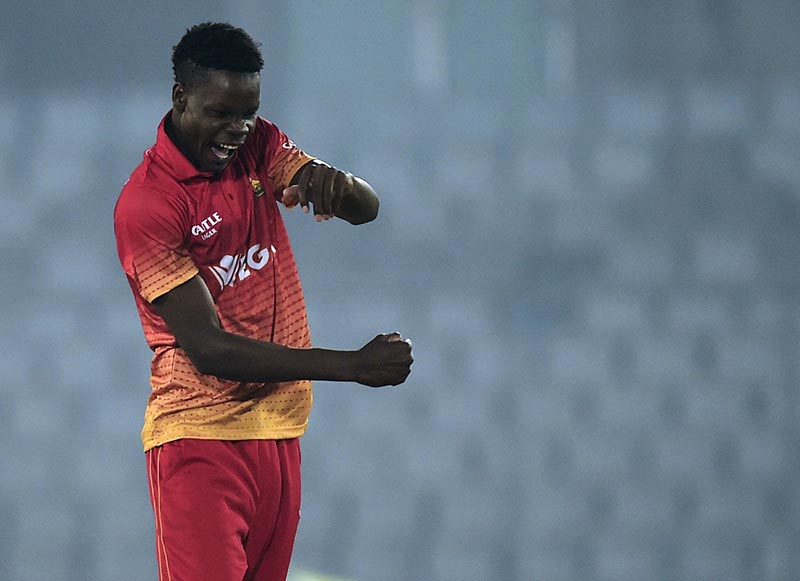 Blessing Muzarabani, the two-metre tall, 21-year-old Zimbabwean quick, has made himself unavailable for international cricket to further his career in England. Muzarabani has played one Test, 18 ODIs and six T20Is for Zimbabwe, the latest against Pakistan in July.

Muzarabani hasn’t specified any other reason for his hiatus from his home country, but the decision should sound a warning to Zimbabwe Cricket (ZC), which continues to negotiate a precarious administrative period.

ZC is on financial life support from the ICC, with a drip-feed of funds forcing it to restructure its debt and downsize expenses. As a result, most ZC staff members will be without contracts from August 31, with only skeleton staff working for the domestic season that is slated for November.

No other details of the tournament’s structure have been revealed, but ESPNcricinfo understands that fewer teams than last summer will feature. Rising Stars, the team formed from the Tatenda Taibu-run academy, of which Muzarabani was a part, are unlikely to take part. It was here that his raw pace and obvious promise was noticed, leading to his national call-up.

Muzarabani went wicketless on Test debut – the four-day Boxing Day Test in South Africa – which Zimbabwe lost by an innings and 120 runs. He then played in an ODI tri-series including Bangladesh and Sri Lanka in early 2018, in ODIs and T20s against Afghanistan in Sharjah, and in the World Cup Qualifiers.

He also made himself available for the home triangular T20 tournament against Australia and Pakistan in June-July, despite not participating in the practice matches preceding those fixtures. At the time, he had featured for the second XIs for Derbyshire and Northamptonshire.

“I wish my former team-mates and Zimbabwe Cricket all the very best for the future. I have been honoured to represent my country but feel this is an appropriate time for me to pursue other challenges both personally and professionally,” Muzarabani said in a statement.

Muzarabani is the only player to make himself unavailable for the upcoming tours of South Africa and Bangladesh. This comes after five big-name internationals – Brendan Taylor, Graeme Cremer, Craig Ervine, Sean Williams and Sikandar Raza – refused to play in the home matches against Australia and Pakistan over non-payment of salaries.

The ICC has since released a special payment to ZC to allow it to pay players and Taylor has confirmed he will make himself available again.