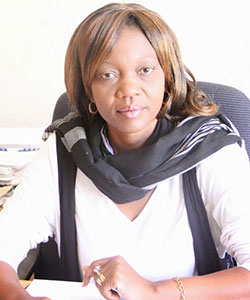 ZIMBABWE Broadcasting Holdings (ZBH) risks having its property attached and auctioned after a former senior employee obtained a writ of execution against the company’s assets.
Former news anchor, Abigail Mvududu, wants to recover more than $180,000 in terminal benefits after her contract was prematurely terminated in January 2004.
The High Court recently issued a writ of execution instructing the sheriff to attach and take into execution ZBH property to recover $186,157 which the State broadcaster owes to Mvududu in outstanding salaries and other benefits.
“You are required and directed to attach and take into execution the movable goods of Zimbabwe Broadcasting Holdings,” part of the writ read.
“ . . . and of the same cause to be realised the sum of $186 157,12 together with interest at the prescribed rate from the date of judgment which it recovered by judgment of this court dated 12 March 2014.”
Mvududu was employed by the Zimbabwe Broadcasting Corporation, a division of ZBH as head of Radio and Television Services at the time of termination of her contract in 2004.
She had worked for the organisation from November 1996 and her contract was supposed to run until August 2007.
After her contract was cut short, ZBH agreed to compensate her before it reneged on its pledge.
This prompted Mvududu to lodge a complaint with the Labour ministry over unfair labour practice.
The Labour Tribunal ruled in her favour in March 2006 after the issue was referred for compulsory arbitration before Lawrence Gabilo and the award was quantified in October 2010.
Mvududu successfully registered the award with the High Court through an order which was granted by Justice Lavender Makoni who ruled that there was no “cogent reason” why the award should not be registered even though ZBH had opposed its registration.
The $186 157 that ZBH owes Mvududu is made up of payments for outstanding salaries for a period of 40 months of the unexpired duration of her employment contract, other benefits and interest.Advertisement