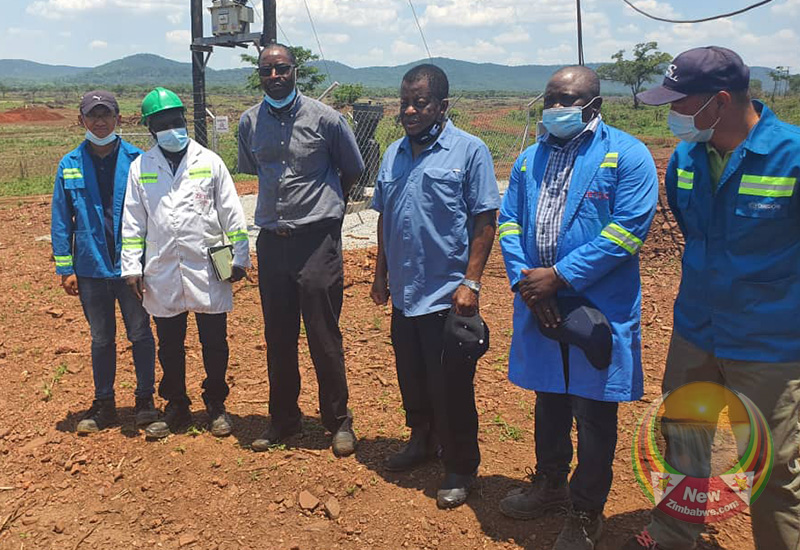 THE Zimbabwe Electricity Supply Authority (Zesa) has completed the construction of a 27km temporary power line to supply electricity at the Mvuma Steel production company site, setting back in motion the establishment of what is to become Africa’s biggest steel-making firm, it has emerged.

The temporary powerline will provide the required electricity at a time the permanent one, a 97km-long high voltage power line from Sherwood in Kwekwe, is being put in place.

The steel plant is being established by Chinese company, Dinson Steel.

Dinson, a subsidiary of Chinese conglomerate Tsingshan Holdings, was given exclusive rights to set up a new town between Mvuma, Chivhu and Chirumanzu districts around its new plant.

Speaking at a recent tour of the site by ZESA board members and senior engineers, Dinson Steel spokesperson Pardon Kufakunesu said ZESA had been instrumental in supplying temporary requirements for commencement of work that includes construction of shelter.

“We are grateful of the level of commitment of the government through ZESA and several other stakeholders, ZESA has been very instrumental in giving the temporary requirements,” Kufakunesu said.

“This was a forest and we needed temporary power for construction which you see is what we have now, what we await is the finalisation of the PPP so that the works can commence. As you have seen we have started with the preparations for the residentials for locals and foreign engineers, and offices associated.”

The steel plant will have two sites, one in Midlands which will deal with the smelting of iron ore and another in Chikomba, Mashonaland East where most of the mining and beneficiation will be done.

The plant is expected to employ some five thousand locals and with a size three times bigger than the defunct ZISCO Steel, at one time the largest on the continent.

ZESA Holdings executive chairman Sydney Gata said: “This is a strategic national project, and we are committed to seeing its fruition. It will be the largest customer project and will require up to 500MW in the next two years which is equivalent to almost a third of today’s consumption in the country.”

“We need to plan and participate and plan from the very beginning as we are the most important stakeholder. We have completed all the designs for the transmission system for instance the line that will come from Sherwood near Kwekwe to supply the two sites that constitute the project. This project will bring a lot of economic and social benefits in the country; it will be a township and we must supply electricity to the demands of the town and service the population,” he said.