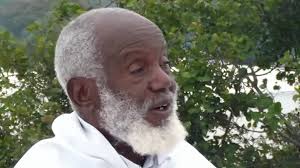 THE case in which senior members in the African Apostolic Church are embroiled in fights over control of the church is back in the courts again, just over a week after the Supreme Court reinstated the church’s founder Paul Mwazha as the leader.

This time the church and a senior member Enerst Mhambare has approached the high court with an urgent chamber application suing Mwazha’s sons and other members for defying the supreme court order.

The reverend says Mwazha’s sons, Alfred, Ngoni, Masimba, and James Mwazha as well as Richard Juru, Elson Tafa, Charles Tekeshe, Lovemore Mharadze, and Norman Siyamuzhombwe continue to cause havoc despite the court ruling and they want to hold massive church services in Gweru, likely to be marred with violence.

Mhambare is seeking an order interdicting the church services scheduled for the end of this month.

Reads the court application, “Contrary to the Supreme Court judgement and in clear defiance of the highest court in the land, the respondents have contemptuously defied the determination of the superior courts and continued with their nefarious activities, reorganising the church’s structures and making their own appointments and running the church according to their whims and caprices. They have now styled themselves as a renegade faction within the church above the laws of Zimbabwe and are a law unto themselves.

According to the application, two interlocutory interdicts eschewing and preventing visitations to the church’s shrines had been made by justices Chitapi and Foroma.

“Notwithstanding the judgment of the supreme court and overtures by the church leadership for an orderly and organised existence in the church, the respondents have continued with their belligerent course of action and have held an unprocedural and illegal meeting were people who were suspended from office and have pending disciplinary proceedings set down at a meeting on Friday 15th October 2021 and decided to openly defy the supreme court decision by going ahead with the opposite of what the court declared.

They want to hold holy Communion Services on the 29th to 30th October at the church’s shrine at Ndarikure in the Midlands province,” he said.

Mhambare added, “There is a high likelihood of violence because on several occasions church services have been disrupted due to violence erupting mostly at the behest and instruction of the respondents. Police reports have been made and dockets prepared in that instance.”

Supporting the application is an affidavit by Patrick Mahachi  who said the “respondents are determined to destroy the smooth running of the church by first disturbing its operations through imposing  different office bearers and leaders in the church.”

He said their acti0ns are against the church’s constitution.

Recently the supreme court dismissed an appeal by Paul Mwazha’s son, Alfred who was seeking to nullify a High Court order that reinstated his father as the leader of the church.

Alfred had publicly announced himself as the successor to his father.

He purported to have taken over the reins of the church, jettisoning his aged and ailing father.

Ernest Mhambare, who is a reverend in the church, had approached High Court last year and sought to nullify the appointment, arguing that Alfred had attempted to usurp the position.

The application was granted by Justice Chitapi who ruled that Paul Mwazha would retain his position as the Archbishop, prompting Alfred and his brothers to file an appeal at the Supreme Court.