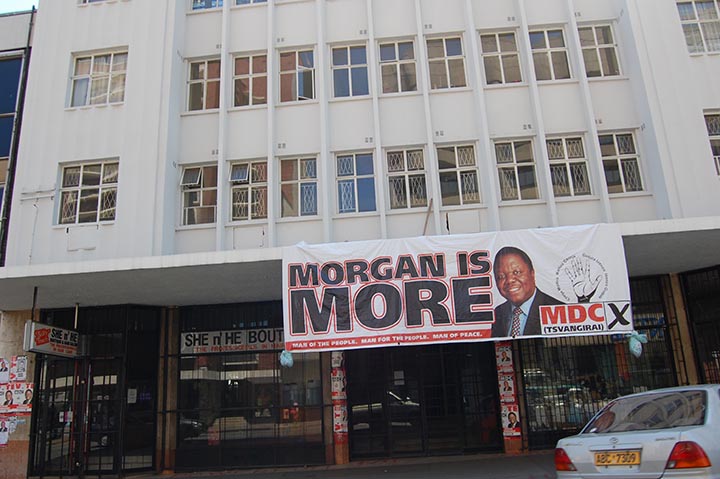 MDC-T’s Douglas Mwonzora has claimed to have taken charge of the opposition party’s affairs as the secretary general and Monday afternoon locked up the party’s headquarters, Harvest House also known as Morgan Richard Tsvangirai (MRT) House.

This followed a Supreme Court ruling that declared Thokozani Khupe the legitimate leader of the opposition and that the party should go back to its 2014 structures before calling for a congress in 90 days.

Mwonzora, who reverted to being MDC-T secretary-general, said he would reopen the offices after the 21-day national lockdown imposed by President Emmerson Mnangagwa last month as part of efforts to curb the spread of the coronavirus.

“I am the secretary-general and I am in charge of the day-to-day running of the party. I have closed the party offices up until the end of the 21-day lockdown. We have to follow the law,” said Mr Mwonzora.

Responding to alleged threats from Nelson Chamisa’s close allies who are unhappy with the Supreme Court ruling, Mwonzora said he had only learnt about their disgruntlement through social media platforms.

“We just read about it on social media. It is just political posturing.”

However, MDC-Alliance secretary-general Chalton Hwende insisted that he was still in charge of the day-to-day running of MRT House.

“Mwonzora is not responsible for the administration of the MDC-Alliance. He is in charge of the MDC-T that is led by Khupe. I am at the MRT House now and still in charge directing our COVID-19 strategy and intervention,” said Hwende.