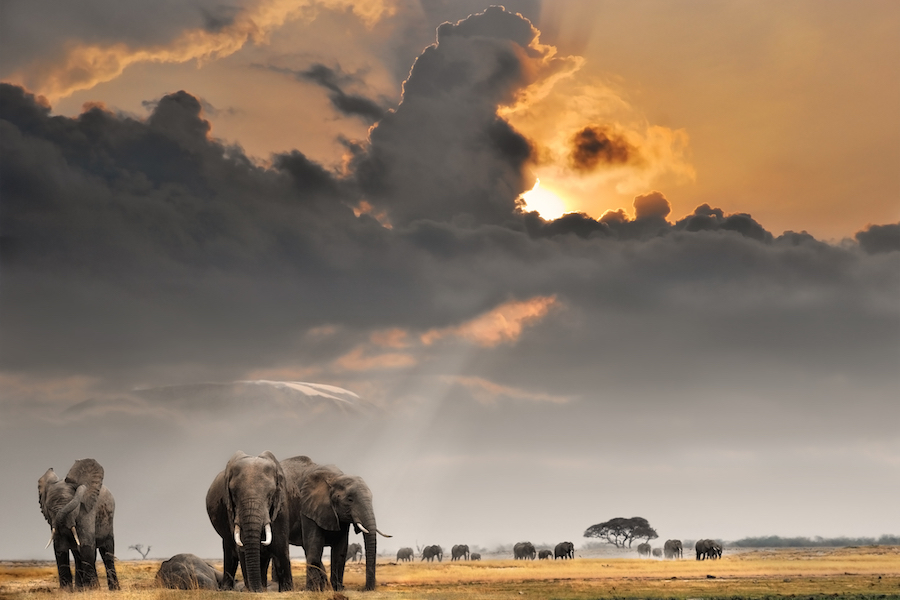 LIKE many Africans living in the diaspora there was a time when I watched hopelessly with so much pain the way my children were disconnected with their heritage. As much as I tried to talk up Africa they struggled to understand what I meant given what they were being exposed to.

Having been born outside Africa they didn’t want to be associated with the continent at all. They would tell their friends that it was their parents who were from Africa not them. Talk of an identity crisis. To them what they were seeing about Africa through the West’s lens was nothing but disparity, destruction, destitution and dispute. That was the image they had of Africa, no wonder they didn’t want anything to do with it.

When all hope had been lost, something amazing happened; this powerful thing redefined my children’s perception of Africa. I didn’t take them to Africa for them to explore the continent for themselves. It was through Arthur an American children’s TV show. It showed another side of Africa that most people living here don’t get to see. It portrayed Africa in such a manner that every child would want to go and live over there.

For the first time my children saw and experienced something positive about the continent. They saw a continent rich in culture; a continent full of resources, talent and potential. They had never heard Africa being talked about in that manner. What they watched was something so magnificent that my 7-year-old daughter couldn’t wait to go to school the next day with her head raised high to declare her African heritage with confidence.

The song they sang on that show “My Africa” has now become an anthem in my house. Now, they do not have any reservations about being called African. This proved to me how powerful the media is in shaping people’s perceptions about their heritage and who they can become. I realised how critical media representation was in reshaping the African narrative.

I started thinking about what part we needed to play as Africans in shaping this narrative and I realised we had to own our future. The popularity and success of the recently released Black Panther movie has just proved to the whole world how this positive representation has been long overdue. How I pray for us to rise up as a continent, take a stand and teach people how we ought to be treated and become the author of our own story; trading the pistol for a pen and paper, taking advantage of their power in expressing and redefining the image we want.

The task may seem insurmountable but a journey of a thousand miles begins with a single step. We must believe in ourselves and see ourselves not only as consumers but producers, inventors and innovators. Our youth are to be instrumental in this process. Why, because young people are full of energy and zeal. They are daring. Africa has the greatest percentage of youths compared to the other continents. There is strength in numbers. Let’s use this to our advantage.

We owe it to our forefathers who were, at gun point, forced to leave their comfortable homes to be harvested and sold on the market like vegetables and transported as sardines to Europe and the Americas so they could build their industries and agriculture. The conditions they were put through were so horrendous that I find it hard to comprehend how human beings can treat other human beings like that and still be able to fall asleep at night. Through blood, toil, sweat and tears our forefathers helped make America and Europe great.

During the scramble for Africa the continent was ripped apart and its raw materials, resources and minerals used to sustain Europe’s economic growth. I have no doubt our that fore fathers who lived during this time dreamed of a day in which we could stand up on our two feet and fight for justice and the lion’s share for our resources and minerals. I say this not to impose guilt on anyone; it’s a part of world history that cannot be forgotten.

We owe it to our fore fathers to build a better continent for ourselves that is self-reliant, sustainable and untainted by corruption, political and economic instability. We owe it to them to ensure the true ideals of Ubuntu are practised. The time is now like never before when we should rise up, take responsibility and become a force to be reckoned with. We owe it to the next generation too. How would we like to be remembered? As cowards or champions who dared to make a change and redefined the trajectory of the continent, I hope.

Instead of becoming experts on bloodshed, I say let’s get an education, acquire specialised knowledge and desire prosperity for all. Let’s teach some of our greedy and power-hungry leaders what it means to lead, to be responsible and to be accountable. Let’s also demonstrate to them that leaders are called to serve and to eat last. Not only should we be remembered for our hard work but also for our ingenuity, effectiveness and efficiency. It’s time for us to redefine ourselves and make a statement that we mean business. No more victim mentality.

Africa is known for its intolerance for political diversity. Instead of being right, being kind would be a much better option. Let’s get rid of all the labels and divisions that divide us and cause us to be mean and dehumanise each other. Let’s agree to disagree with respect and maintain human dignity shunning violence.

Let forgiveness and peace be our mantra. Let’s refuse to be used by selfish and egoistic people who are blood thirsty seeking nothing but to destabilise our continent for their own benefit.
Let’s say no to hate. Let love, tolerance and kindness reign.

Together we can. Now, that’s the Ubuntu spirit!

Yemu Phiri is an educator, contributor, story teller and youth empowerment advocate based in Australia