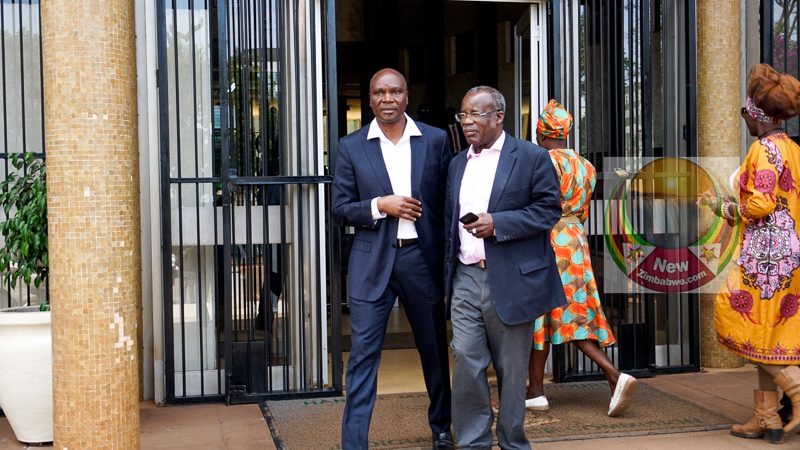 A BID by a former mines minister and his permanent secretary to seek freedom on corruption charges flopped earlier this week with a court ruling that their concerns were not justified.

Chief prosecutor Clemence Chimbare had opposed the application saying releasing the two would betray the interests of justice.

Chidhakwa and Gudyanga had applied against further remand arguing that the state was taking too long to prosecute them.

They also complained that documents which they requested from the State, including cabinet minutes, were yet to be provided, meaning they could not craft their defence.

However, the court ruled Tuesday that it was the accused’s duty to source those documents.

“I don’t want to turn this courtroom into a law school but the requests by the defence are not valid,” said the magistrate.

“The documents the defence requested for are not in the custody of the state and it is defence’s duty to source documents supporting their case not for the state to assist them.”

Chivasa said the two will be given time to look for the said cabinet but warned them to be quick about it.

Chidhakwa and Gudyanga are facing criminal abuse of office charges after they illegally favoured a businessman in a mining deal.

According to the State, another charge also arose when Chidhakwa appointed Gudyanga the lone board member for a ministry parastatal, allowing him to pocket $20,000 in allowances.

On their last appearance before the court, the duo blamed the State for giving various reasons for postponement, adding that the government lawyers were confused.

However, the prosecutors told court that the docket was ready.

Gudyanga is being accused of claiming sitting allowances amounting $28 910 when he was still in office.

The case will be back in court on October 14.