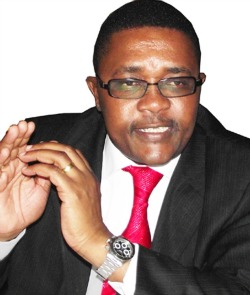 SAUDI ARABIA and Zimbabwe will work closely in the overall development of the tourism and heritage sectors in the two countries.
Prince Sultan bin Salman, president of the Saudi Commission for Tourism and National Heritage (SCTH), met with Walter Mzembi, minister of tourism and hospitality of Zimbabwe here on Monday and discussed cooperation between the two countries.
“The SCTH President welcomed the visiting minister and discussed with him the bilateral cooperation in the tourism and heritage sectors and various ways of strengthening them,” the SCTH media department said in a statement on Tuesday.
Mzembi also visited the National Museum here at the King Abdul Aziz Historical Center and toured the display halls to better understand the culture and history of the Kingdom.
The minister was accompanied by Omar Jamal, SCTH vice president for antiquities and head of museums sector, who briefed him about the display of exhibits from the civilizations of the Arabian Peninsula.
Mzembi expressed his admiration for the museum and its sophisticated collections, adding that what characterizes the Kingdom is its distinct cultural heritage and historical dimension reflected through the National Museum exhibits.
At the conclusion of the visit, the minister was presented with a souvenir from the SCTH.
Zimbabwe is a popular tourist destination in Africa that boasts of a number of attractions including Victoria Falls, which is listed among the seven natural wonders of the world.Advertisement