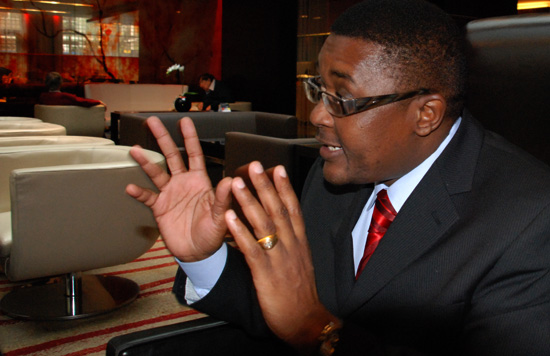 TOURISM and hospitality minister Walter Mzembi says Harare’s filth is hindering efforts to market the country’s capital as an international tourism destination.
“There is need to curb littering,” said the minister on Tuesday.
“We have had the chance of visiting other countries and I think littering is a problem in Harare. I cannot market a dirty city and I cannot market a dirty environment.
“We have to drive a very deliberate and conscientious effort to make sure that there is a clean-up message going out.”
He was addressing a press conference where he announced the United Nations General Assembly’s declaration of 2017 as the International Year of Sustainable Tourism for Development (IYSTD).
The declaration will be commemorated this Friday, June 2, in Harare.
Once famed as Africa’s sunshine city, Zimbabwe’s capital has since lost its lustre as the local authority struggles to live-up to yester-year standards in an inclement economic environment.
Burst water pipes and raw sewage have become common sights across the once famous city.
The situation has not been helped by the thousands of vendors who have descended on the city, selling food stuffs and all manner of bric-a-brac at shop fronts in the central business district.
Again, pirate taxi operators ever playing cat and mouse games with the national and municipal police, represent another menace and pose a great danger to pedestrians doing business in the city centre.
Mzembi urged the Zimbabwe Tourism Authority (ZTA) to initiate anti-littering campaign programmes not only in Harare but throughout the country.
“I counsel the ZTA to take stock of efforts that have been taking place in other ministries so that we build on what they are already doing; we have that mandate of amplifying messages being tourism, so let us leverage with that.”Advertisement