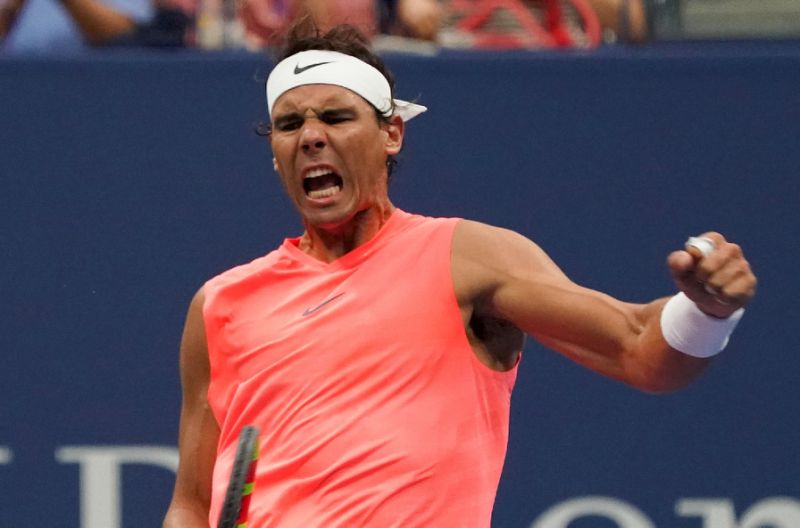 The top seeded Spaniard triumphed after an epic 4 hour 23 minute struggle on Arthur Ashe Stadium in a match where the 22-year-old Khachanov had served for a two sets to love lead in the 10th game of the second set and had a set point in the fourth-set tiebreaker.

Nadal, seeking a fourth US Open title and 18th career major, will face Georgia’s world number 37 Nikoloz Basilashvili for a place in the quarter-finals.

“Karen played well. He’s improving always. He’s young. He has everything. I really see him winning a lot of matches in his career,” said Nadal who has now reached the fourth round in New York for the 10th time.

“For me personally, it was a physical, demanding match. It was mentally demanding. That’s why we practice every day, to play these kind of matches in a great atmosphere in front of an amazing crowd.”

Khachanov, 22 and bidding to make the last 16 of a Slam for the third time this year, took the opener while Nadal, who converted just one of five break points in the set, needed strapping to support his right knee in the changeover.

“My personal feeling is that I am going to be at 100% for the next match,” explained Nadal.

The top seed was then quickly down 3-1 in the second set before battling back to 4-4.

Khachanov cracked when serving for a two sets lead with the pair back on serve at 5-5.

A further twist was added when light rain began to fall and the Arthur Ashe Stadium roof was closed.

The delay worked to Nadal’s advantage with a love service hold and a break to level the contest.

A thrilling tiebreak settled the third set with Nadal clinching it after a lung-busting 39-shot rally on a fifth set point.

He then had to save a set point in the 12th game before cruising through the tiebreaker to claim his 25th win against just one loss since capturing an 11th Roland Garros title in June.

“I gave everything I had. Just a few points difference and it could go another way. Big respect to Rafa. That’s why he’s No. 1 in the world, such a great fighter,” said Khachanov.

South Africa’s Kevin Anderson, who was runner-up to Nadal last year, outlasted Canadian teenager Denis Shapovalov 4-6, 6-3, 6-4, 4-6, 6-4 as the roof on the new Louis Armstrong Stadium was closed for the first time.

“Felt like being in a coliseum almost. Constant noise going on the whole time,” said Anderson after his second five-setter in three rounds.

The fifth seed, runner-up to Novak Djokovic at Wimbledon, next faces ninth-seeded Austrian Dominic Thiem, who made the last 16 for the fourth time in five years with a 3-6, 6-3, 7-6 (7/5), 6-4 victory over American Taylor Fritz.

Thiem has now put together three wins in a row for the first time since finishing runner-up to Nadal at Roland Garros.