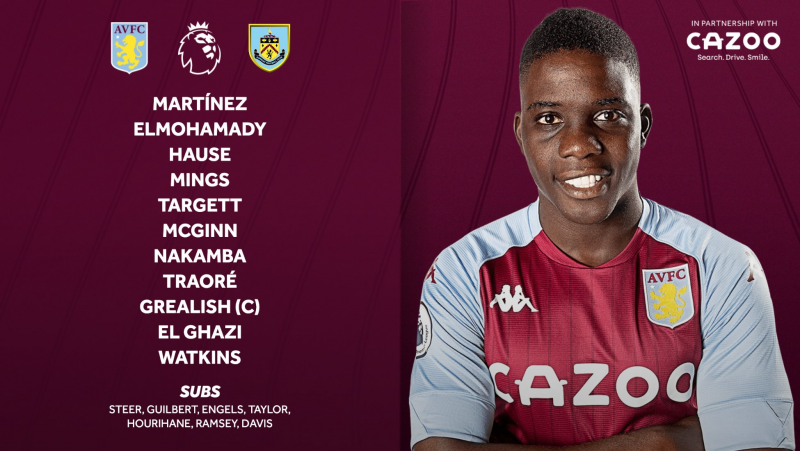 WARRIORS midfielder Marvelous Nakamba finally earned his first start in the Premier League for his side Aston Villa during their frustrating goalless draw against Burnley at Villa Park Thursday night.

The 26 year-old Zimbabwe international had not appeared in the starting line-up for Aston Villa in the Premier League this season either being used from the bench as a late second-half substitute in all the previous games of the 2020/21 campaign.

On Thursday evening Nakamba was finally given a rare Premier League start by the Villa manager Dean Smith due to the absence of some of Brazilian Douglas Luiz due to suspension and Englishman Ross Barkley due to an injury.

Nakamba was a tidy passer of the ball and shielded his back-line well during the game. However, he lacked invention with his ball-distribution in the opposition half.

In the end it was however not a happy return for Nakamba into the starting line-up as Aston Villa were left to rue the woodwork and missed chances to settle for a goalless draw at home to Burnley in the Premier League on Thursday.

Villa hit the woodwork twice in the first half with Anwar El Ghazi’s free kick superbly tipped onto the bar by Burnley keeper Nick Pope before Ahmed Elmohamady headed against the post from a corner.

After the break, the influential Jack Grealish created plenty of openings for Villa but El Ghazi wasted two good chances, weakly shooting straight at Pope on both occasions.

Villa defender Tyrone Mings had a good chance late in the game but headed wide after he was left unmarked in the box at a free kick.

The result left Villa in 11th place on 19 points while Burnley moved out of the bottom three into 17th spot on 10 points.