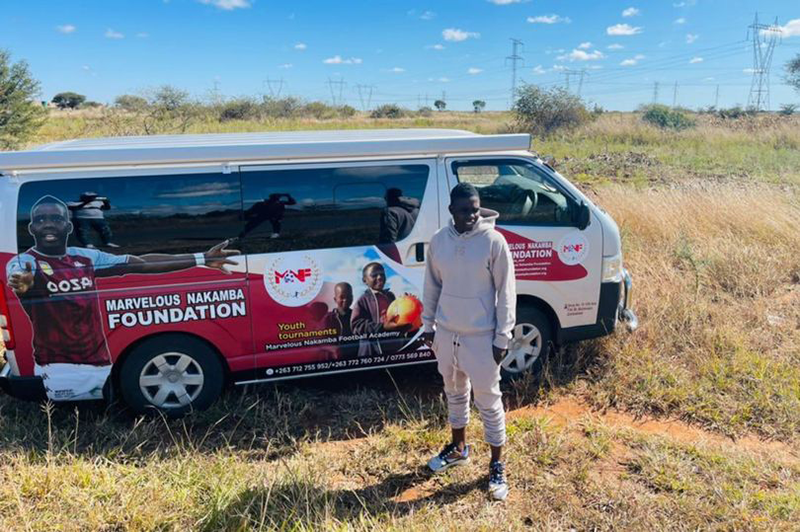 He may have been knocked down the pecking order at Aston Villa but midfielder Marvelous Nakamba continues to make a huge difference back home in Zimbabwe.

The 28-year-old is funding a giant new £3.5 million sports complex – complete with two full-size football pitches – in Mahatshula, close to where Nakamba grew up in Bulawayo.

Aptly named the Nakamba Sports Complex, the facility will also feature an outdoor swimming pool and courts for tennis, basketball and volleyball as well as office space, a gym, on-site bedrooms and changing facilities.

Phase 1 of the building has already begun with the site in Bulawayo cleared and walls erected. The complex is aiming to be open in the summer of 2023 and will immediately benefit the young population in Nakamba’s hometown.

Earlier this summer, Nakamba funded an under-17 national tournament which enabled 400 young footballers to showcase their talents, with two teenagers securing trials at clubs in Europe.

At the beginning of 2023, Nakamba will also host a girls’ tournament of eight teams, again aimed at improving the wellbeing of those in his community in Zimbabwe. Nakamba said: In January, we get to support the girls and I’m thrilled to be a part of the growth of girls football in Zimbabwe.

On top of all of that, Nakamba and his Foundation has paid school fees for more than 1,500 children in Zimbabwe, with plans in place now to purchase school equipment and build new classroom blocks to help those in need.