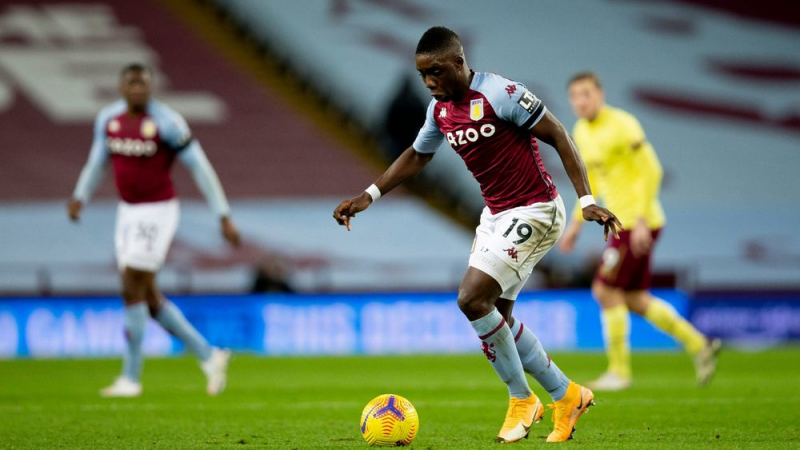 MARVELOUS Nakamba continues to rebuild his profile as one of the top defensive midfielders in the English Premier League put up another stellar performance as Aston Villa edged Leeds United 1-0 at Elland Road Saturday.

It was Aston Villa’s 13th clean sheet of the season, the second highest in the EPL after log leaders Manchester City (15) as they continue to push for a place in the Europa League next season.

Nakamba has been impressive in the few games he has started this season with Villa managing to keep four clean sheets and as many wins from the four the matches he has started.

To underline Nakamba’s importance, Aston Villa have not conceded a Premier League goal this season while Nakamba has been on the pitch

According to match stats, Nakamba was one of the top performers during their win over Leeds with an incredible six interceptions, five duels won and no fouls committed.

Anwar El Ghazi’s solo goal in the fifth minute proved the difference between the two sides as the Villians marched on to claim maximum points.

Villa coach Dean Smith revealed he was impressed with the impact Nakamba has made whenever he has been called upon despite getting very few opportunities in the starting line-up.

Smith attributed Nakamba’s impact to his discipline in executing his role in the team as a defensive midfielder.

“Positionally. I thought he got in good areas. He broke things up when he needed to. He could have been a bit tidier on the ball at times but it was a tough surface out there to play on. A lot of players slipped but, defensively, he was really good with and without the ball. That’s what you need from him when you come in. He’s certainly not let us down. It’s four or five games now and we’ve not conceded a goal with him in our team. At the moment he’s certainly earning his stripes.”

Villa’s club writer Ashley Preece was also impressed with the Zimbabwean’s performance describing him as “an octopus”.

“One of Smith’s changes as the Zimbabwean came in for Douglas [Luiz]. The African plugged gaps incredibly well throughout as Leeds struggled to get past him on the counter,” Preece wrote.

“Nakamba was like an octopus, legs just kept appearing from everywhere as he won back possession, much to the annoyance of Bielsa’s men. Top work,” Preece added.

The narrow victory saw Dean Smith’s men climb up to eighth place in the Premier League standings with 39 points gained from 24 matches, keeping their dream of playing in Europe next season alive.