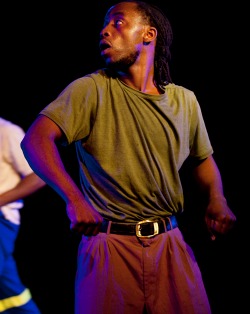 ONE of Zimbabwe’s sought after actors Teddy Mangawa has been selected and offered the African Fellowship Award.
Teddy is expected to be in the USA as from September 2016- June 2017.
The young and charismatic actor is a beneficially of a programme that started five years ago between the Zimbabwe Centre of the International Theatre Institute (ITI) in partnership with Dell’Arte International school of Physical theatre who created the African Scholarship program.
The scholarship offers a full time, one year physical theatre professional training opportunity to deserving Zimbabwean theatre practitioners to enjoy a stint at Dell’Arte in Northern California, USA.
The Fellowship provides all tuition-and-fees ($13,350) with the recipient expected to take care of their own accommodation, living expenses and airfare to and from the USA.
Teddy becomes the fifth recipient of the award after LIoyd Nyikadzino (2011-2012), Chipo Chikara (2013-2014), Tafadzwa Bob Mutumbi (2014-2015), and Nyarie Nhonghonhema (2015-2016).
Having begun his career with the Mabvuku Cultural Drama club in 2007, he has never looked back and today he is an established and competent performing artist.
In recognition of his acting talent and contribution to the arts industry, he was awarded the Best Theatre Actor Award by the National Arts Merit Awards in 2011. In 2013 became the NAMA Best Theatre Actor nominee.
“I am appealing to well-wishers to assist me so that I fulfil my dream my dream. This is also a life time opportunity that I do not want to miss and a cent contribution would be an enormous and a valuable one,” Teddy told Newzimbabwe.com.
If you wish to support or know people who can make Teddy’s dream come true, please contact ITI Zimbabwe for more information on: itizimbabwe@gmail.com,+263 733 203 636 or Matt Chapman ,Director of Admissions at Dell’Arte International on matt@dellarte.com ,001 347 693 7630 .Advertisement