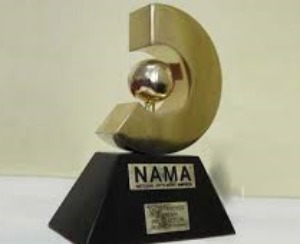 NOMINEES for the 2015 National Arts Merit Awards (NAMA) will be announced next week, the National Art Council of Zimbabwe has revealed.
In a statement, NACZ communications and marketing officer Cathrine Mthombeni said 35 awards are up for grabs this year in nine categories.
“The preparations for the 14th Edition of the NAMA awards are on course and will be held at 7 Arts Theatre in Avondale, Harare on the February 14,” said Mthombeni.
The theme for this year’s edition is “Pride of Zimbabwe” while the categories are Music, Literary, Dance, Visual, Film and television, Theatre, Media, Spoken Word and Special awards.
“The idea of the awards is to show pride in the Arts, its versatility and diversity. It is also to instil pride in artists as individuals and to celebrate with them their achievements in being nominated and winning varied awards,” said Mthombeni.
She said the adjudication process was being finalised and nominees will be unveiled on Thursday next week.
“Moreover, the intention is to empower the artists to take pride in their assorted works that not only reflect on their power in creativity but also reward those that have helped shape and define Zimbabweans and give them a collective identity through artworks that are proudly Made in Zimbabwe,” Mthombeni said.
In an effort to make the occasion bigger and better than last year where Jah Prayzah was the biggest winner with four awards at the event held in Bulawayo, NACZ has organised two training seminars in Bulawayo and Harare on February 2 and January 29 respectively.
Artists will be trained on mindset transformation, personal vision, mission and values (VMV), fundamentals of strategic thinking, personal effectiveness assessment areas and personal strategy formulation.
NAMA is a platform where NACZ recognizes excellence in creativity and
talent in artists to stimulate artistic originality.
Besides, the awards aim to inspire artists to strive for higher and original forms of creativity and provide an opportunity for arts disciplines to jointly market and publicize the arts locally, regionally and internationally.
Tumbuka Dance Company also smiled all night last year when they were nominated for the best female and male dancer categories.Advertisement