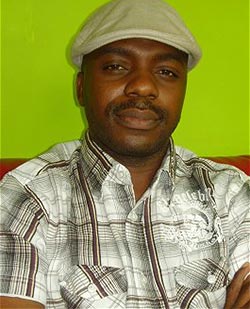 THE National Arts Council of Zimbabwe (NACZ) has introduced an online platform for submission of entries for next year`s National Arts Merit Awards (NAMA).
The 17th edition of the NAMAs will be held in Harare on February 17, 2018.
Local artists who produced their works between the December 1, 2016 to November 30, 2017, are now free to submit their works for consideration.
The deadline for submission is November 30, 2017.
“Entry forms are obtained from NACZ offices throughout the country, National Gallery of Zimbabwe, Murewa Culture Centre, registered arts associations and organisations in Zimbabwe.
“Council is happy to announce to all NAMA stakeholders that entries can now be submitted online and the link for Gmail user: https://goo.gl/forms/ltc4vrXQ2fepnEdK2 and non Gmail users: https://goo.gl/forms/qBwxtFrVHPAtSTh73. However, supporting material may still need to be submitted in person at the above listed places for use in adjudication,” said NACZ Acting Communications and Marketing Manager.
“All entries must be accompanied by the artiste’s product(s). These could be in the form of videotapes, cassettes, flash drives, CDs, pictures or books. Individuals submitting works for NAMA are encouraged to supply three sets of the particular works/production to assist adjudicators, except where the product is from the visual arts category.”
Mthombeni also revealed a list of individuals who were selected to monitor the different arts sector.
Vimbai Chemugarira, the director of the Academy of Music and Dance in Harare will monitor the dance category while veteran producer Caroline Hungwe will monitor the Film and Television category.
The other monitors are Tanaka Chidora (Literary arts), Foster Dongozi (Media), Mono Mukundu (Music), Chirikure Chirikure (Spoken Word), Dr Kelvin Chikonzo (Theatre) and Stephen Garan`anga (Visual Arts).
Some of the institutional monitors include Harare International Festival of Arts, Ibumba Arts Festival, Intwasa Arts Festival koBulawayo, Midlands Arts and Culture Festival and Zimbabwe Women Writers.
Vana Judas Iscariot varipo pakati pedu (We have got the biblical Judas Iscariots amongst us), they are manipulating the currency so that they trigger inflation-Ndony’any’a dziri pakati pedu idzodzo (These are the sell outs amongst us),” he said to applause from the G40 kingpins who sang and danced before him.Advertisement

Mugabe warned his supporters to be on high alert as there were elements who operated nocturnally like witches who were bent on snatching the throne of power from him nicodemously, when they were sleeping.
He had the gallery in stitches when he instructed the late Maria to update his husband in heaven, if ever they were going to meet that he (Mugabe) was still in possession of the throne and has no intention of relinquishing it.