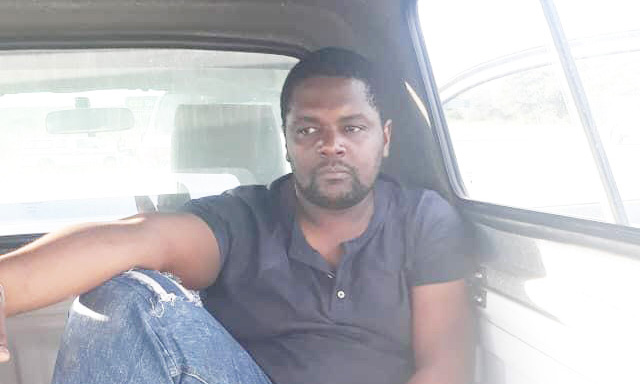 A ZIMBABWEAN man and his wife suspected of being involved in the murder of a nine-year-old girl whose charred body was found in a municipal rubbish skip a week ago, have been arrested and remanded in custody in Windhoek, Namibia.

The girl’s mother, who is a Zimbabwean nurse working in Namibia, has also been arrested and is in remand prison.

The three accused Zimbabweans are; Edward Nkata, his wife Caroline Nkata and Akundaishe’s mother Rachel Kureva.
They were remanded in custody to 17 April.

Namibia police spokesperson Kauna Shikwambi told the media Monday that Edward Nkata was still in hospital but had been charged.

He was involved in a car accident two weeks ago when a police vehicle in which he was being transported back to Windhoek overturned near Otjiwarongo.

A post-mortem revealed Chipombo’s death was related to trauma on the head and lower abdomen.

Nkata and wife Caroline who lived with Chipombo, tried to flee that country following the girl’s murder.

The Nkatas were spotted two Fridays ago dragging a wheelie bin in the eastern direction of Ooievaar Street in the Rhino Park area and a witness felt it was suspicious because it was at night.

The couple was also caught on municipal surveillance cameras in the area.

Caroline, who appeared in court last week, said she was present when her husband beat Chipombo to death. She confessed her husband then forced her to accompany him to buy paraffin.

They were all denied bail and the matter was postponed to 17 April.