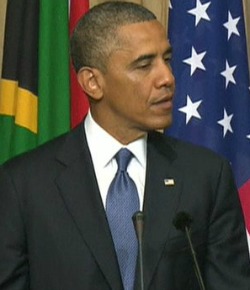 ‘Much of what is going on in some of these countries is fully explained in terms of normal lust of human beings for power and wealth. The stakes are high. Office carries power, prestige and money. Most West African Ministers consider themselves to be above the law, and are treated as such by police. Decision-making is arbitrary. Personifying the state, they dress themselves up in uniforms, build themselves palaces, bring other traffic to a standstill when they drive, hold fancy parades and generally demand to be treated like Egyptian Pharaohs.
And the money is also incredible. Successful politicians receive, even if only elected to Parliament, salaries two to four times more than they previously earned, plus per diem allowances, travelling expenses and other fringe benefits. There are also vast pickings in bribes, state contacts, diversion of public funds to private uses, and commissions of various sorts. To be a Minister is to have a lifetime’s chance to make a fortune’, Arthur Lewis, a distinguished West Indian economist (1965).
I am reading this book (State of Africa – A history of fifty years of Independence- Martin Meredith) at the recommendation of my brother, Vince Musewe with a strong sense of de javu. The writer describes a classic case of plunder in post-colonial Africa of the 1960s. Sad stories are narrated in the book from Nkrumah’s Ghana to Kaunda’s Zambia of how Africa descended from the promising continent of the 20th century to penury within a few years (10 years of Uhuru in most cases). Africa has since moved on, beautifully so, with the exception of a few trouble cases (you take a guess which ones). I will not trouble the reader with paraphrasing Meredith’s fantastic work. In any case, I am too junior, still a minor, to carry out that task.
What prompted me to write (the first time post-July 31 2013) is Nathaniel Manheru’s unchecked diatribes, increasingly laced with racist tones that are so outdated. I am made to believe his views reflect Government policy; that his hand is right on the pulse of the state, how the powers-that-be are thinking. I have no reason to doubt this as evidenced by the following recent events: he attacks Fortune Chasi and barely a week later the First Lady knocks out the bleeding Chasi at Mazowe; he attacks Mzembi and few days later the minister has tax evasion charges hovering above him; he (Manheru) attacks white farmers and the President in good measure attacks all remaining whites at Chinhoyi. It’s all choreographed, by a cabal, at Munhumutapa Building perhaps – we do not know, we may never know. I digress.Advertisement

Why Manheru spews so much hate of late is a mystery. No-one is qualified to challenge him, sober Mzembi is deemed too junior, a minnow to participate on this discourse on National Ethos. Only Manheru knows all, proffers solutions to everything. I was particularly incensed by his attack on President Obama as a stooge of White capital. He describes Obama (and Attorney General, Eric Holder) as mere pawns in a bigger fight of white capital versus the developing world.
I hold no brief for Obama and will not pretend to be his spokesman. However, I am worried by this attitude displayed by the government of my country of birth. Are we not proud this descendant of Onyango Obama, a Luo, made it from remote Honolulu to Chicago, to Harvard to White House within 53 short years? Classmates in Hawaii could not even pronounce his name and he transcended all this to become leader of the Free World, in the process presiding over one of the worst recessions ever recorded. Is this not the narrative we want to peddle to our youths at Zengeza, Masvingo that anything is possible – that no matter your background you can become anything you set your eyes on?
I quickly realize Manheru is looking at the world from a narrow prism, with jaundiced eyes. How many ‘Obamas’ has the government of President Mugabe, his boss, created? How many Eric Holders have gone on to become influential members of society in their prime years? What is the chance of a boy at Chingwizi camp rising to occupy the State House if the incumbent does not want to vacate office at 90? Close to zero if the next leader is to assume power for three decades. There’s a precedent, innit?
Manheru ought to be reminded that the world has moved. Gone are the days when Capital is viewed through racial lines. The very Chinese his boss (presumably he is part of the entourage) courts this week for a lifeline, are holders of US Treasury Bills worth billions. They will not stop doing business with America any time soon. While you keep looking East, they are looking in all directions in this globalized world. What difference does it make if we have a vibrant multi-racial economy – do the kids at Chingwizi care? Do they worry whether their bread is from Mr. Smith’s bakery versus Mr. Kunaka’s bakery?
It makes for sad reading when our country remains mired in the past, when we continue arguing about who shot down the chopper in 1975 while other nations in the region are progressing. Just last week Uhuru Kenyatta was in Dallas – I attended. President Kenyatta (53) was in fine form, discussing Diaspora-specific financial instruments for the large Kenya community, setting up a consulate ahead of 2017 elections et cetera. Our discourse is still on who takes the Chairmanship or Zvirikufaya sei in December. We need to move on Zimbabwe and join the community of nations that are advancing.
Tatenda Kunaka was born in Chitungwiza, resides in Dallas. I know Zimbabwe will do well. Contact me at kunakat@yahoo.com