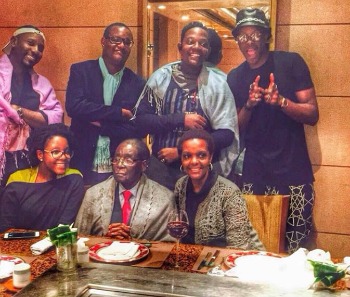 IT’s been a while since I last wrote something epigrammatic and compendious for the public; I have been Engrossed in my personal pursuits. This preoccupation has been a progeny of an irresistible, indeed a seductive opportunity that came my way at the end of August 2015; that opportunity made August my cherished month. By the time the year ended, I had already achieved my long-term desire to continue sating my academic thirst. For this reason, I am temporarily out of the African continent. This absence, however, is only physical because no matter what, I am scrupulously devoted to Africa. Presently, my research interests are on the movements of refugees and internally displaced persons as well as those displaced by natural or environmental disasters, chemical or nuclear disasters, famine or developmental projects.
You will agree with me that forced displacement is an intricate, wide-ranging set of pervasive phenomena that has become, as it were, a characteristic feature of Sub-Saharan Africa. It well has been observed that population displacements, refugees and migration are not only common occurrences but that these are equally on the rise in Africa. It is widely believed, in academic circles, that this increase is symptomatic of more fundamental causes, including “the problem of the African state” and its failure to address the region’s environmental crisis. This subject will require a distinct contribution altogether and so, I won’t deal with it now.
I ended the year 2015 on a sanguine note and with no doubt, whatsoever, that better days lie ahead. It’s an ontological and axiological fact that our continent, and our country in particular, has been through a myriad of challenges. Some we surmount but others prove to be just Herculean. Officially, Zimbabwe has an unemployment rate of a mere 11% although critics of this value believe 80% is the most reliable and realistic figure especially given the fact that our country is burning politically and bleeding economically. It is therefore not surprising that illegal immigrants were intercepted in South Africa recently and, as expected, most of them were Zimbabweans. The South African Broadcasting Corporation (SABC) reported on its website on 3 January 2016 that: “The undocumented foreigners, most of them Zimbabweans, were taken off vehicles heading south from the Beit Bridge border post.”Advertisement

The SABC report coincided with incessant calls by concerned Zimbabweans for President Robert Mugabe to return from his holiday in the Far East, for he left behind a nation in distress. Civil servants spent the festive season without their salaries and the bonuses they had been promised by the poverty-stricken government. In addition, Zimbabwe is experiencing one of her worst droughts in decades and famine is real for millions whose prospect of a durable solution to their economic situation remains unrealistic and distant.
Although it is within our rights to demand his return, I am of a divergent viewpoint. My proclivity is his return is hardly enough. President Mugabe has failed to properly run the country and manage its affairs. If I were Mugabe, I’d resign and allow Zimbabweans to choose their deserved leader. As things stand, Mugabe is forcing himself on us. He is abusing all of us and it’s not nice. This is political bullying and we can’t afford to allow this to continue. If someone were to fall in 2016, it must be the President himself!
The SABC report caught my interest for one reason. My own brother died when he took a journey of this nature and I happen to be the only family member to have seen his body before burial and during identification (body viewing was denied for the body was discovered in a state of advanced decomposition). The immediate cause of his death was undetermined then and because I haven’t received any official correspondence from South African authorities regarding the same then his death remains undetermined. There’s no closure and being human, I still suffer from physical and psychological distress. A number of families have gone through this kind of distress. It’s preventable if only we have a responsible and responsive administration in our country. Mugabe has had his time and for the sake of my brother and others who died looking for a good life, Mugabe should step down. This is for the good of the country.
The 11% unemployment measurement mentioned earlier has come under serious doubt. It isn’t a good thing lying about matters of national importance for it doesn’t only show insincerity on the part of the ruling thieves but that they also don’t care about what is happening to the suffering masses. It’s disgraceful that we have a lying leadership even when it’s abundantly clear that 90% of Zimbabweans are living below the poverty line. Unemployment rates in the region are quite high for countries with bigger economies than ours. South Africa and Nigeria are countries that quickly come to mind. To think that Zimbabwe has a lower rate putting it almost in the category of the most developed countries indicates that we don’t have a serious leadership willing and able to take our country forward. Here is a clueless leadership still pretending that all is well despite the obvious. In case we forget, our life expectancy remains 38 years.
The African reality is such that we still have many of our people who live on less than one dollar a day and many labourers who do not earn enough to feed their families. More than a million people are believed to be earning less than two dollars a day-they are forced to work under humiliating conditions with no labour rights and social standards to protect them.
We still witness forced displacements, ethnic cleansing and severe violations of human rights. Itai Dzamara, a civil rights activist, mysteriously disappeared in March 2015 and we still don’t know who abducted him and for what reason. Pierre Nkurunziza had his way in Burundi and more than 220 000 people fled the country for their safety and security. The people of the Central African Republic and South Sudan are at war with each other as are those in the Democratic Republic of Congo and Somalia. When will all this end? President Paul Kagame of Rwanda has also become inured to power and despite a lengthy 7 year term, Kagame is determined to hold onto power albeit constitutionally. Constitutionalism seems to be under serious threat from the so-called liberators. What we are seeing, in essence, is the African state reviving old tensions and sharpening deep-seated contradictions in society just to aggravate conflict.
In view of the foregoing, it is patently clear that there’s some unfinished business ahead of us. This too, like the year 2015, will come to pass. And so, I strongly believe that conflict, poverty and unemployment, environmental change and disasters, smuggling and human trafficking can still be addressed. We each have a role to play in dealing with these. We’re diverse and have diverse capabilities. We want things to change for the better and it’s time that we became the change we wish to see in the world. Will you be that change? As United States President Barack Obama rightly observed, “Change will not come if we wait for some other person or some other time. We are the ones we’ve been waiting for. We are the change that we seek.”
May the year 2016 bring joy, peace and happiness to you and your families! With best wishes from none other than Yours Truly! Happy New Year! Happy 2016!