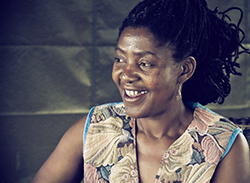 THE National Arts Council of Zimbabwe (NACZ) says the country has been robbed of a talented artist in Freedom Nyamubaya who passed away on Sunday.
Nyamubaya a prolific writer, poet, dancer and development activist succumbed to hypertension at Chinhoyi Provincial Hospital.
She will be laid to rest on Saturday.
Her major two poetic works, On the Road Again and Dusk of Dawn that were published in 1986 and 1995 respectively earned her a lot of respect in the arts fraternity.
“National Arts Council of Zimbabwe expresses its sincere condolences to the Nyamubaya family, the arts fraternity and the nation at large on the untimely passing on of Freedom Nyamubaya at Chinhoyi Provincial Hospital on Sunday the 5th of July due to hypertension,” said Cathrine Mthombeni, NACZ communications and marketing officer.
Nyamubaya was one of the winners of the Zimbabwe International Book Fair’s award of the 75 Best Books of the 20th Century with her anthology On the Road Again.
However, apart from being a prolific writer and poet, Freedom was a freedom fighter who joined the Zimbabwe National Liberation Army in Mozambique in 1975.
During the war she was one of the few female field operation commanders.
Later she was elected Secretary for Education in the first ZANU Women League Conference in 1979.
“The National Arts Council of Zimbabwe will always cherish her charisma and passion in promoting and developing the sector. Indeed, the arts industry has been robbed of a talented artist.
“May Her Dear Soul Rest in Eternal Peace,” said Mthombeni.
Nyamubaya is survived by son, Naishe.Advertisement