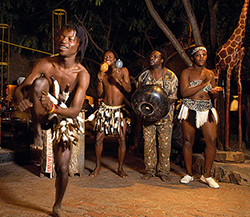 THE National Arts Council of Zimbabwe (NACZ) has started preparations for the 2017 Culture Week which will be celebrated between May 20 and May 26, amid calls for the country to take stock of cultural gains so far.
NACZ communications and marketing officer Cathrine Mthombeni said Mashonaland Central will host this year’s national launch in Bindura on May 20.
“Preparations for 2017 Culture Week commemorations that will run from 20th – 26th May 2017 are on course in all provinces.
“This years’ national launch will be held on 20th May at Nyava High School in Musana in Bindura,” she said in a statement.
This years’ theme is “Consolidating Cultural Identity, Diversity and Heritage” which Mthombeni said it was designed to encourage communities to cement their respective cultural practices while strengthening the nation’s diversified cultural traits that make Zimbabwe a dynamic cultural nation.
“Culture is identity and culture in its diversified format fosters co-existence, harmony and peace. Zimbabwe as a cultured nation is proud of its national identity,” the NACZ communications and marketing officer said.
At the official launch, some of the activities to expect include street marching by artists and cultural activists, fashion show, music and dance performances, art and craft exhibition and herbal medicine exhibitions.
Provincial launches will then be held thereafter, where each province will have leeway to exhibit their respective cultural values.
Culture Week launch is a national event coordinated by NACZ and implemented by the hosting province to promote the nation’s spirit of Ubuntu/Unhu.
“With the celebration of Culture Week and its growth over the years, it is time to take stock and build on whatever the country has attained so far on the culture front,” Mthombeni said.
“Culture Week is an opportune time to promote and showcase the diversity of the Zimbabwean culture and NACZ is encouraging communities at whatever level to come together, celebrate and enjoy their respective cultures in unison.”
The Universal Declaration on Cultural Diversity by UNESCO in 2001 proclaimed May 21 each year the World Day of Cultural Diversity for Dialogue and Development.
In commemorating this day, countries are encouraged to celebrate the uniqueness of diverse cultures found in them as part of world culture.Advertisement

In addition, this day is intended to provide an opportunity for the flaunting of various cultural heritages that need to be preserved for posterity.
NACZ decided to make the occasion a weeklong event hence the existence of the Culture Week every year, with inauguration in 2002 after it was discovered that one day was too short a period to leave an impact in people.