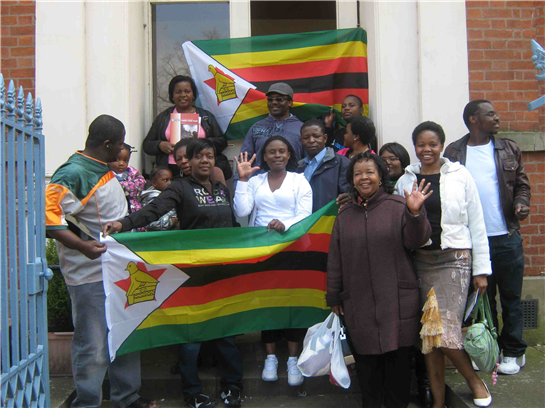 THE Minister of Macro-Economic Planning and Investment Promotion recently launched the draft National Diaspora Policy paper. We were informed that the policy will guide the relationship between the government and those in the Diaspora in terms of investment and other interactions for the mutual benefit of both sides.
After years of childish lampooning of the Diaspora, the government has finally realised that indeed the Diaspora can be a major source of the much needed investment. What remains to be seen is whether the Diasporas have forgiven the government for its past transgression. That however, is not the purpose of this article.
Last week, the CBZ bank was in the UK, showcasing various products they offer and encouraging Diasporas to invest in the same. I hear the attendance was good, an indication that the Diasporas are keen to invest back home. It seems therefore that there is a sudden realisation in both the public and private sectors that Diasporan investment is essential and if properly managed, can significantly help to turnaround the economy.
The announcement of the National Diaspora Policy draft and the recent visit by CBZ has generated a lot of debate on whether the government, by acknowledging the importance of the Diaspora, is prepared to allow and/or facilitate the Diaspora to vote in national elections. The majority of Diasporans are of the opinion that their right to vote must be part and parcel of the Diaspora policy and that if they are not allowed to vote, then there is no way they can be part  of the said policy.
I beg to differ with this narrative. It is my considered opinion that allowing Diasporas to vote will be undemocratic and unfair to those who are resident in Zimbabwe. Most electoral laws in the world, including Zimbabwe’s , require that you register and vote in a particular ward ,meaning that there must be a nexus between residency and voting and also there must be a connection between the electors and the elected. The reason being that a voter must elect somebody who will govern him or her in a particular geographical area where the voter is resident.
Now if the Diasporas are allowed to vote, it means they will be able to elect leaders for people resident in Zimbabwe thereby imposing their will on people resident in Zimbabwe.Advertisement

This will lead to an absurd situation whereby the Diasporas can vote for a mediocre candidate in a particular constituency knowing very well that the mediocrity of the elected person would not affect them as they will be resident elsewhere, far away from the mess caused by the elected official.
Another consequence of allowing a Diaspora vote is that the Diasporas, by electing Members of Parliament, are allowed to participate in making laws that affect the local people on daily basis but have little or no practical consequence to their own daily lives. As laws don’t apply extraterritorially, it means lives of non-resident Zimbabweans are largely not governed by Zimbabwean laws hence it will be very undemocratic for Diasporas to take part in the crafting of laws which have no effect on them.
Anybody who votes for a certain individual must be prepared to be governed by that individual. Diasporas are not impacted by most of government’s decisions (eg. the recent issue of geysers) hence it is only democratic that voting be reserved for resident citizens, who are affected by the decisions of these elected officials.
Most Diasporas have voting rights in their adopted countries of residence and they exercise these rights and rightly so as their daily lives are affected by the actions of governments where they live. It is, in my opinion, therefore selfish for the Diasporas to demand another vote in Zimbabwe when they have fully participated in leadership elections in their adopted countries.
Diaspora vote has always been a thorny issue in most countries and the logistical nightmare associated with its implementation makes it unattractive to most countries, even in mature democracies.
In most mature democracies, diaspora vote is not an unqualified right. In Britain, you cannot exercise your right to vote if you have been outside the UK for more than 15 years, though you remain a citizen. Further, even within the 15 years when you are allowed to vote, you can only vote in certain elections, not all.
In Canada, after 5 years of absence you cannot vote, in Australia an absence of more than six years makes you ineligible to vote and it is three years in New Zealand. In Northern Ireland anyone outside the country cannot vote. In the USA, you are allowed to vote from abroad; however once you have voted you may be required to pay taxes in some States. In Ghana and Kenya, those living abroad don’t vote.
It is clear from the above that all countries prefer local people to vote for local leaders and it would be undemocratic for people outside a certain geographical area and with no link with the elected people to be able to vote for the same. It can also be seen from the above that being a citizen of a certain country does not give a person an automatic right to vote in that country.
The Diaspora vote, besides being a logistical nightmare, is an undemocratic exercise which is contrary to basic tenets of democracy. It is my view that citizenship alone does not entitle an individual governmental representation; there are other requirements like residency which should be met before a person can claim the right to vote.
In my opinion, any election in which the Diasporas are allowed to vote will be unfair and undemocratic because of the above reasons. The Diasporas, if they are real democrats as they claim to be, should accept this sad reality, but as they say democracy is easier said than done.
The debate for diaspora vote should therefore not be linked in any way with the National Diaspora Policy being crafted or CBZ’s initiatives. These are totally divorced issues and people should accept or refuse the policy on its own merits or demerits.
Kudzai Rangarirai is based in the Diaspora.