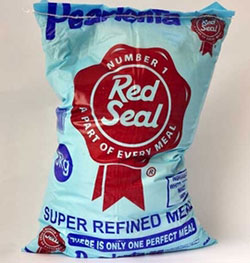 NATIONAL Foods says production at its Bulawayo factory is now at 68 percent of capacity compared to 38 percent two years ago, due to higher demand for stock feed, although imports remain a threat to viability.
The southern part of the country has endured prolonged dry periods for several years, forcing farmers to rely on stock feed.
National Foods executive director Nathaniel Nyathi told The Source that demand had improved, but because of higher operational costs, local products will be more expensive compared to imports.
“We are operating at around 68 percent, from about 38 percent two years ago,” he said.
The Bulawayo plant has a capacity to produce 20 tonnes of stock feed per hour, but latest technology could improve its efficiency and lower costs, Nyathi said.
“We want to advance our know-how, we are failing because of lack of technology,” he said.
Last year the company said it will invest $30 million in upgrading its flour mills to boost revenue as the company battles cheap imports that have eaten into its market share.Advertisement