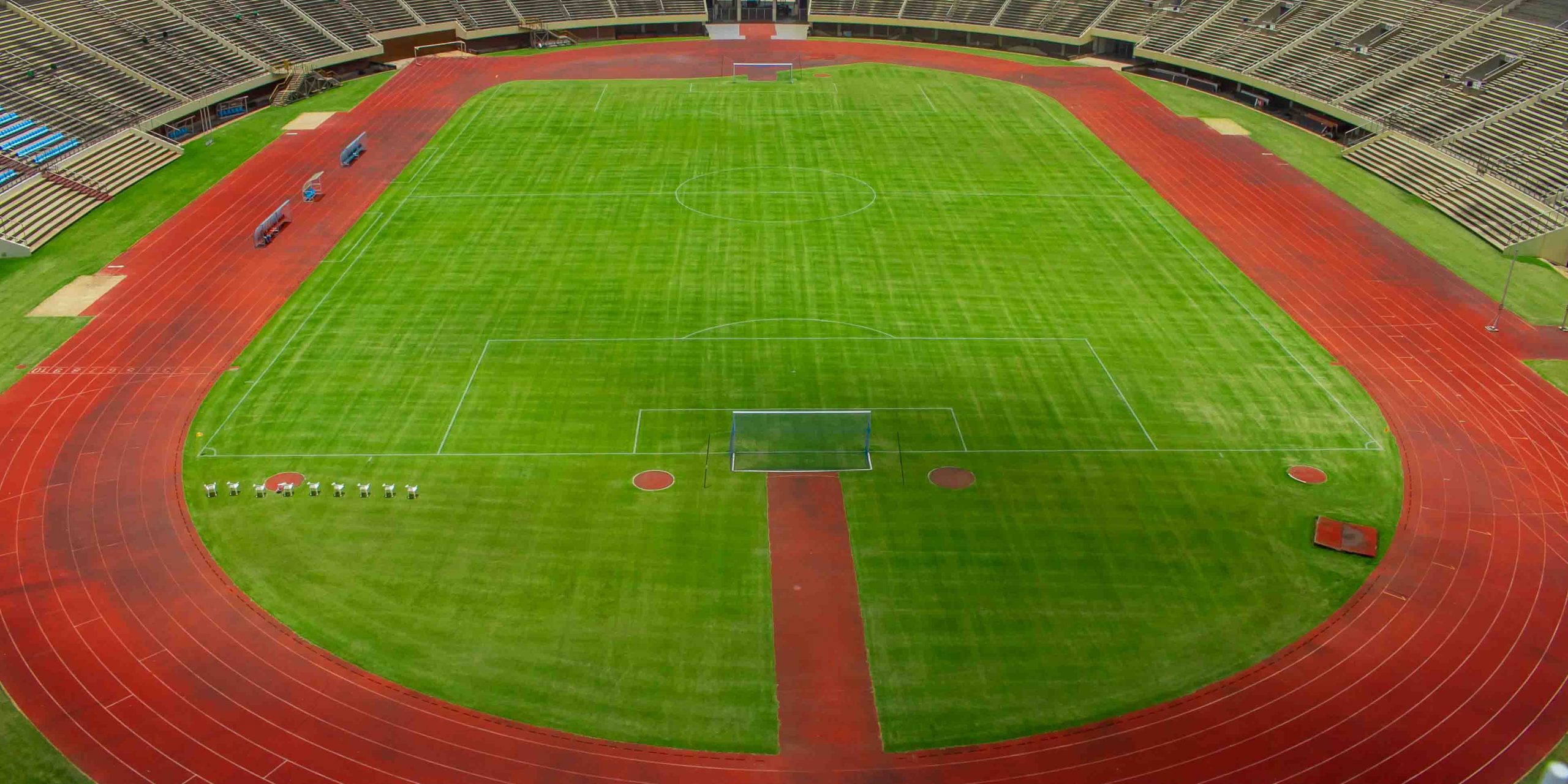 A view of the- National Sports Stadium turf
Spread This News

ZIMBABWE has been spared the embarrassment of playing their home matches on foreign soil after the Confederation of African Football (CAF) provisionally cleared the National Sports Stadium to stage next month’s 2022 World Cup qualifiers.

Warriors will host neighbours South Africa in their opening Group G 2022 World Cup between June 5-8 before they travel to Ethiopia for a date against the hosts in Addis Ababa four days later.

There were fears that the Warriors would be forced to play their home matches at a neutral venue after ZIFA had been slapped with a US$2 000 penalty by CAF due to “lack of technical facilities” and “general uncleanliness at the venue” during the recent Africa Cup of Nations (AFCON) qualifier against Zambia.

The National Sports Stadium has recently hosted some AFCON qualifying games albeit on a temporary homologation after it had been banned from staging international matches last year due to failure by the authorities to several issues, including the lack of bucket seats in the entire stadium.

Following recent assurances by the Government that the outstanding issues will be resolved, the National Sports Stadium is part of the list of continental facilities cleared for the qualifiers’ Match Day 1 and 2 in a circular sent to football associations by CAF dated May 2.

ZIFA confirmed the provisional clearance of the National Sports Stadium but warned that there are several areas that still need to be upgraded in and around the facility.

“National Sports Stadium (NSS) has been provisionally homologated to host World Cup qualifiers. CAF encourages Zimbabwe to complete renovations in order to avoid fines that may arise from organisational and technical violations observed during the upcoming matches. Areas in need of upgrade include: pitch condition, seats for spectators, toilets for spectators, signage in and around the stadium, dressing rooms floors, showers & toilets, offices floors, CCTV, access controls and the venue Operations Centre,” ZIFA said in a statement.

Twenty countries, including highly ranked Senegal and Mali, had their facilities condemned and omitted from the list of stadia that meet CAF requirements.

The Warriors will host Bafana Bafana next month ahead of a trip to Ethiopia where they will take on the hosts on June 11 at Bahir Dar International Stadium in Bahir Dar, about 500km northwest of the capital Addis Ababa. Bahir Dar is the only Ethiopian facility that CAF has cleared to host the upcoming World Cup qualifiers.

The qualifiers resume in September with the Warriors set to clash against Ghana back-to-back encounters.

ZIFA are hoping that the National Sports Stadium will have been fully refurbished ahead of the matches against Ghana in September.

South Africa have 13 facilities that have been cleared to host international assignments by CAF.