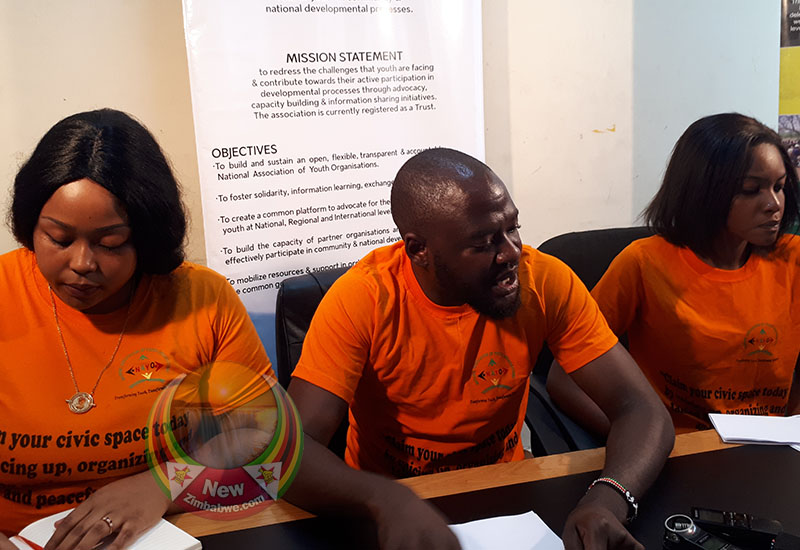 GOVERNMENT must prioritise implementation of the recommendations made by the Mothlante Commission of Inquiry into the August 1 killings, relating to basic freedoms, the National Association of Youths Organisations (NAYO) has said.

NAYO programmes officer, Macdonald Munyoro told a press briefing Tuesday that youths in the country have been pushed into a corner by numerous incidences of police brutality.

“Government is urged to prioritise implementing the recommendations from the Monthlante Commission of Inquiry into the August 1 killings that relates to freedoms of association and assembly.

“NAYO is perturbed by the increasing political rhetoric to tighten provisions for demonstrations with a corresponding increase of protests being banned by the police,” Munyoro said adding police last week banned a planned march by the youth grouping.

Former South African President Kgalema Motlanthe led a commission of inquiry into the killing of six people by the army on August 1st last year after protests broke out over alleged delays in the release of presidential election results.

According to Munyoro, Zimbabwean youths are worried about the “shrinking civic space” in the country.

“There is continued brutality with the police at the forefront as seen by the recent attack on journalists covering clashes between vendors and City Council security.

“We, therefore, implore the government to without any further delay, enact the necessary legislative measures that guarantee that exercise of freedoms of association, expression and assembly,” said Munyoro.

Matanga said government is already looking at repealing the Public Order and Security Act (POSA), with specific reference to security sector reform, as well as retraining of police officer.

“One of the recommendations by the Mothlante Commission is retraining of police officers and we have already started.

“A number of officers in charge of police stations in Harare and their deputies are going through their training….the training is also tailored in such a way as to ensure strategies to rebrand and transform the organisation will be in sync with government’s thrust..,” said Matanga.