We are sinking...Mthuli Ncube
Spread This News

PRESIDENT Emmerson Mnangagwa’s troubled administration has admitted the country’s economy was taking a nose-dive and has begged for US$200 rescue package from international financial institutions to avert complete collapse.

This emerged in a letter written early last month to the World Bank and IMF by Finance Minister Mthuli Ncube.

In the letter seen by Africa Confidential, Ncube, who has stubbornly dismissed public criticism his policies were taking the country to no-man’s land, admits an implosion was imminent with a tiny national purse further strained by unbudgeted Covid-19 expenditure.

In his letter, dated 2 April 2020, Ncube emphasises if the government does not get the rescue package, “it could cause an implosion of the state and threaten security in neighbouring states”.

“Zimbabwe’s economy could contract by 15-20 percent during 2020 with very serious consequences. Already 8.5 million Zimbabweans (half the population) are food insecure,” Ncube said.

The letter was addressed to David Malpass president of the World Bank, Kristalina Georgieva managing director of the International Monetary Fund and Akinwumi Adesina president of African Development Bank.

Added Treasury boss, “The global pandemic will take a heavy toll on the health sector with many lives being lost and raise poverty to levels not seen in recent times, including worsening food security.

“A domestic collapse would also have potentially adverse regional effects, where spill-overs are significant.”

Ncube further pleads with the global financial institutions to either reschedule or cancel Zimbabwe’s bilateral debt arrears and help clear its multilateral arrears.

He says the country was desperate for US$200 million to deal with the twin challenge of taming a raging Covid-19 menace and the economic downturn.

Failure to secure the assistance at this critical time, Ncube says, Zimbabwe’s central bank will be left with no option except to print more money, something that could add more fuel to the country’s spiralling inflation.

In exchange for the emergency bail out, Ncube told financial institutions that Mnangagwa will speedily institute political and economic reforms.

However, the financial institutions had disappointment for Zimbabwe’s Treasury chief, insisting the bail out conditions prayed for were unworkable in the absence of key reforms prescribed as possible threshold for qualification.

The developments within the Zanu PF led administration have invited scorn from Zimbabwean politicians and academics who feel government was paying for being too stubborn to listen to advice from outside its tiny circle of advisors. 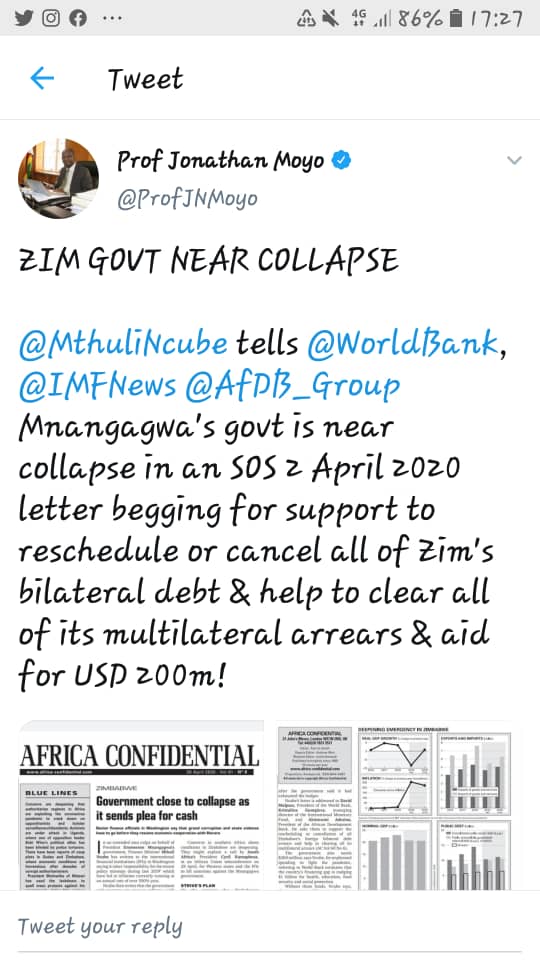 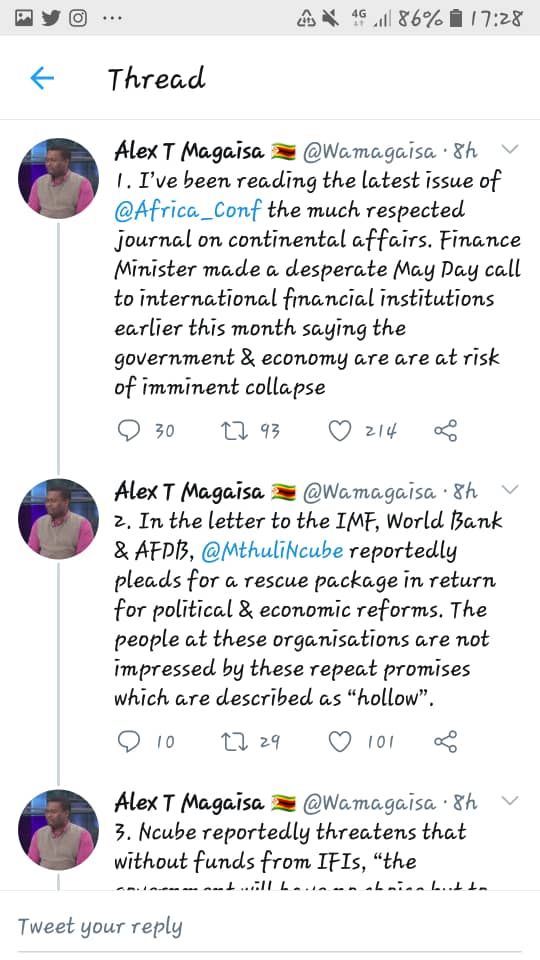