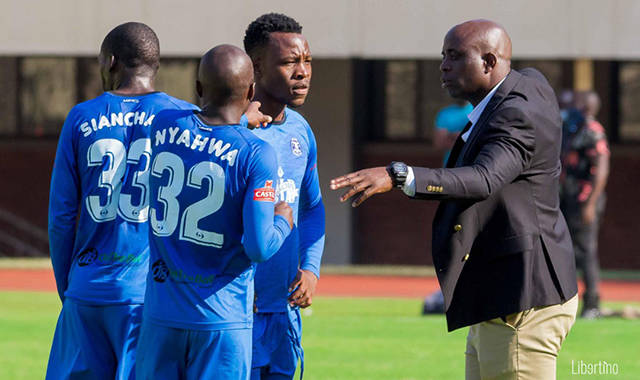 DYNAMOS coach, Tonderai Ndiraya, says they have put behind them the chaotic two weeks they experienced and are bracing for the Harare Derby against struggling Caps United on Sunday.

The Glamour Boys hogged the limelight for the wrong reasons when they suspended Ndiraya, opening a can of worms on underlying issues within its camp.

“As you are aware, a lot happened last week which I do not want to dwell on. Naturally,  when such things happen, the whole system tends to be affected psychologically. There was a lot of psychological effect on the team, and I think it was evident on the way they performed on the day.

“We have been trying to work on the team psychologically to put all that happened behind us and focus on the journey. It is a journey we started together; of course there were disturbances, and we took off again.

“So far, the mood has been good. The boys have been pushing,” said Tonderai Ndiraya.

Dynamos have enjoyed a better start to the season, which has seen them second on the log standings, a point behind leaders Chicken Inn.

Their rivals, Caps United, have been struggling, with their off-pitch drama overriding their performances on the pitch.

Caps are approaching the derby on the back of a 2-nil defeat at the hands of Bulawayo Chiefs.

The Green Machine is lingering precariously above the relegation zone.

Ndiraya said he was not reading much into the form of their bitter rivals, but anticipating a tough battle and a different Caps United.