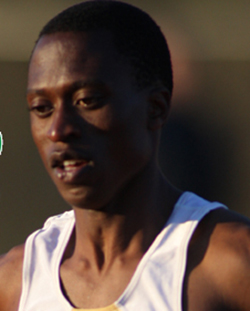 ONE year after placing second at the OUC Orlando Half Marathon in the United States, Zimbabwean Pardon Ndlovu did one better on Saturday.
Ndlovu defeated 2014 Disney World Marathon champion Fredison Costa of Brazil by nearly a minute and won the 38th annual 21-kilometre race through downtown the city of Orlando in 1 hour, 7 minutes, 2 seconds.
He was the first of 3,328 half-marathoners to cross the finish line.
“When you hit mile nine, 10, you are like, ‘Where is the finish line? My legs are fatigued,’’’ said Ndlovu.
“Once you get to the finish line, you are done. It was a satisfactory feeling. It was awesome.”
The Zimbabwean is a graduate assistant cross country and track coach at Georgia Regents University in Augusta where he is pursuing his MBA.Advertisement