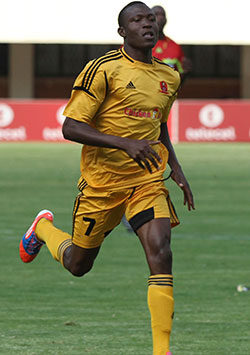 ZIMBABWE held Cameroon 1-1 draw in an exciting international friendly game played in Yaonde on Tuesday.
The game was part of the preparations for Cameroon and Zimbabwe ahead of the 2017 Africa Cup of Nations in Gabon.
Tendai Ndoro gave Zimbabwe the lead in the 14th minute after being assisted by hard running striker Cuthbert Malajila.
But in the 28th minute, Benjamin Moukandjo equalised for Cameroon.
On January 5, Cameroon beat Democratic Republic of Congo 2-0 in another friendly game
Cameroon are in Group A with hosts Gabon, Guinea-Bissau and Burkina Faso.
Algeria thrashed Mauritania 6-0 in another tune up game.
Algeria are in Group B and will do battle with Tunisia, Senegal and Zimbabwe.
In Yaonde, the Warriors could have beaten their hosts in injury time but Nyasha Mushekwi failed to beat a helpless goalkeeper.
Advertisement