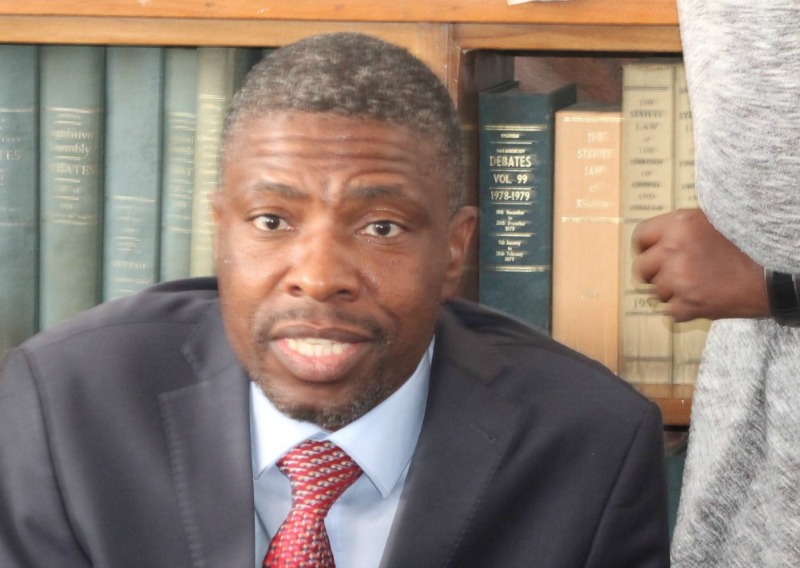 UNDERFIRE Chegutu West MP Dexter Nduna has issued an apology to President Emmerson Mnangagwa over his death threats on fellow MP Temba Mliswa during a nasty fallout in parliament February this year.

The two legislators brawled noisily during a mines committee meeting that was later abandoned because of the bust up over counter claims of corruption between the two.

Mliswa threatened to “castrate” Nduna while the Zanu PF MP told his Norton adversary that he was going add him to his list of those he has killed.

Video images of the incident later went viral on social media, inviting wide condemnation from members of the public who were both appalled by the unruly behaviour of supposedly honourable members of parliament and death threats by Nduna.

However, Nduna, pictured last month diligently taking part in the lifting of bodies retrieved from two Kadoma mines following a flood disaster, came back a changed man when parliament resumed sitting Tuesday, telling fellow MPs he was sorry for his actions.

“I make no excuse for the dishonourable behaviour I displayed on the day in question and they are unpalatable utterances that I made in the heat of the moment.

“I unconditionally apologised for my behaviour. I could have reacted differently in the face of the occasion which had the effect of destroying my character and reputation.

“I could have chosen a more dignified response to the persuasion of my character, a development that would ultimately protect my reputation and the name of my party Zanu PF and the integrity of Parliament,” Nduna said to jeers from mostly opposition MPs to which one was heard shouting, “Tell the House; how many people you have killed so far.”

Nduna admitted his behaviour was damaging not only to himself but to the people of Zimbabwe.

“Pursuant to this, I have since offered a public apology, to Mliswa and also to the President of Zimbabwe,” he said.

Buhera MP Joseph Chinotimba last month told journalists at parliament building that he was thoroughly embarrassed by his colleagues’ “idiotic” behaviour when he went away for a peace summit in Dubai.