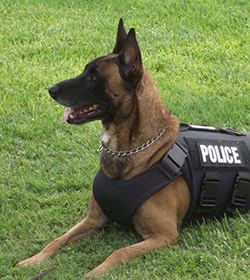 HARARE: Tourists have added their voice to growing concerns over the heavy presence of Zimbabwe Republic Police (ZRP) details on Zimbabwe’s, roads, with over half of respondents in a Zimbabwe National Statistical Agency (Zimstat) survey saying they felt harassed.
The harassment also includes confrontations with officials from the Department of Immigration and the Zimbabwe Revenue Authority (ZIMRA)’s customs office, according to the visitor exit survey (VES) released on Tuesday.
The VES polled 38,680 foreign tourists over a 12 months period between 2015 and November 2016.
Harassment by the police constituted the highest percentage of the reasons not to recommend the country to potential tourists, at 43.2 percent, followed by harassment by ZIMRA officers at 14.7 percent.
Harassment by Immigration stood at 8.7 percent, according to VES, which recommended immediate action against ruthless treatment of tourists by public officers.
It noted that even though the number appeared small, it had affected revenue inflows into the country.
“In order to retain reputation of Zimbabwe being a hospitable nation there is need to ensure continuous training of frontline personnel who interact with visitors creating the first and last impressions on the destination such as Immigration, customs and police,” Zimstat said in the report.
Zimstat did not ask tourists the type of harassment they received at Zimbabwe’s 10 ports of entry, including airports.
But there has been outrage by tourism industry players in the past nine years following the heavy deployment of police officers on the roads.

They are reportedly harassing motorists including tourists and using sharp metal objects to destroy wheels of motor vehicles to force drivers to stop on roadblocks.
The smashing of windscreens is a common occurrence.
The police force is reportedly generating millions of dollars per year through vehicle enforcement, which has been condemned by senior judges in Zimbabwe.
The Zimbabwe Council for Tourism (ZCT), which represents the country’s major tourism players, condemned the groundswell of harassment and warned that the industry had lost substantial revenue due to the actions of the police.Advertisement

Industry estimates say the industry, which generates about $800 million per annum, could easily breach the $1 billion mark if a range of hurdles, including the frequent security checks, were addressed and enough financial resources were deployed to finance marketing.
The Ministry of Tourism and Hospitality Industry was allocated $2 million for the 2017 fiscal year.
“We don’t have to beat about the bush in terms of the damage that is done by (police) roadblocks to the product,” said ZCT chief executive officer Paul Matamisa.
“If you are going to Bulawayo and there are 20 roadblocks you spend time stopping on 20 roadblocks. In other countries you do not see so many roadblocks on roads to tourist resorts. That has to be dealt with effectively. They are doing tremendous damage to the tourism industry,” he added.
A police spokesman at the meeting said the police had received numerous complaints of public harassment on highways and had started taking measures address the problem.
He said, however, that the ZRP has not specifically received complaints pertaining to foreign tourists.
“We take seriously the complaints. We investigate each and every complaint that comes to us. We have set up a customer care service spearheaded by our public relations department to teach our officer how to handle the public,” said the spokesman.