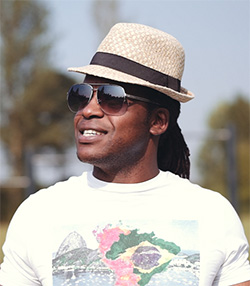 AFTER the success of 2016’s Impossible Until It’s Done, which resulted in airplay and a live session on BBC Introducing, Nebu returns with the summer anthem Sunshine, featuring the talents of 16-year-old vocalist and multi-instrumentalist Mali.
Nebu was born and raised in Zimbabwe and has resided in the UK since the 1990s.
In this new song, produced by friend and long-time beat provider, Evil Ed (Jehst, Doc Brown, Broke N English), Nebu asks for sunshine outside and within, a return to “the fun times, we had back then”.
Sunshine is released digitally on Bandcamp on 10th March 2017 and is accompanied with a stunning video produced and directed by James Norden.
“We hope you enjoy this latest offering from the Buggin’ Out label. We hope Sunshine can be the soundtrack to your summer,” his publicists said.
Inspired by Nelson Mandela’s famous quote “It Always Seems Impossible Until It’s Done” last year’s release Impossible was the first release in “an exciting new project that is bringing the craft and art of lyricism back to today’s hip hop”.
And the sizziling new hit Sunshine continues that remarkable journey.
Formerly known as Nebuchadnezzar, Nebu is a modern day rapper with an old school style and flow and a wordsmith who has released critically acclaimed material before.
Nebu’s musical journey began in Derby. After impressive displays in local and national shows he recorded the classic Soliloquy Ode – a favourite for critics as well as fans. Another banger We Rule The World was featured on a DJ Disorda compilation album.
Advertisement