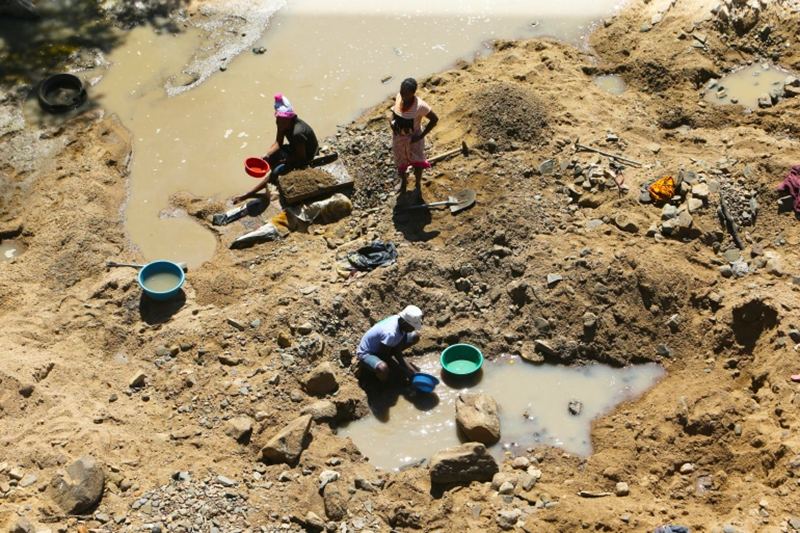 HWANGE: Ten-year-old Simba Mulezu was driving cattle home from his mother’s corn fields when the ground gave way under his feet, plunging him into burning coal underground.

The incident left him with permanently deformed limbs.

“I spent several months in hospital and Hwange Colliery Company did not assist me with hospital bills and other necessities,” Mulezu, now 22, told Al Jazeera. “[Only] my parents and relatives have stood by me.”

Coal fires have become a major issue over the past five years in Hwange, occurring regularly in various areas of the mining town. One blaze has been burning underground for 15 years.

In late 2021, an eight-year old girl who was relieving herself in a nearby bush area was swallowed by the ground and fell into a coal seam fire. She later died from her wounds at a hospital.

Hwange Colliery Company Limited (HCCL) is based in Hwange in southwestern Zimbabwe. Residents of the town, with a population of about 40,000, are living in fear as the company has failed to fence off coal sites and take measures to put out the blazes.

“Hwange Colliery Company appears incapacitated to decisively deal with underground fires. It’s sad that Hwange Colliery makes it difficult to be accountable for residents who reside in the concession area, as it has a tendency of evicting people who seek to make it accountable,” Chima said.

Across the globe, hundreds of fires burn low and slow on dirty fuel beneath the earth, some smouldering for decades, according to Global Forest Watch, an open-source monitor.

“These fires are known as coal seam fires. They occur underground when a layer of coal in the Earth’s crust is ignited. Due to the out-of-sight nature of the fires, they are often hard to detect at first, and even harder to extinguish,” Global Forest Watch said.

Hwange residents complain that Hwange Colliery Company has neglected their safety for years and they now live in fear, especially for their children who cannot read warning signs.

With a lack of proper security measures at coal dumping sites, children have been the majority of the victims, sustaining life-threatening injuries or deformities.

“The company engaged tribal elders of Madumabisa to do awareness campaigns on coal fires. But for more than 15 years since the fire started threatening people from underground, I don’t know whether our community is safe or not,” said Cosmas Nyoni, a local councillor.

Another Hwange official, Lovemore Ncube, said the company has added signage around areas with underground fires to warn people but children are still dying or being maimed.

“Late last year we had an eight-year-old girl who was burnt and later on died due to the burns. I am told HCCL hired a German company that will try to quench the fire. It has barricaded the area through signage,” Ncube said.

“People are trespassing to those areas which have clear signs. People steal the fence and enter the company’s private property,” Mutombe said, adding HCCL has engaged the services of German company DMT Group to attend to the coal fires.

Mines and Mining Development Minister Winston Chitando visited a site where a road was ripped apart by the coal fires and promised that Hwange Colliery Company was putting in place measures to deal with the problem.

“Having these international experts shows the extent of the commitment. They have said they will need up until the end of March to finish their work. Government takes this issue seriously and decisive work will be taken to address the problem once and for all,” said Chitando.

DMT said in a January statement that a report on the “extinguishing strategy” would be presented to HCCL’s management and the government in March. However, that report has not been received, according to Mutombe.