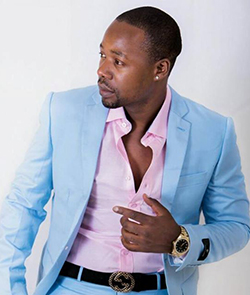 HIP Hop star Desmond Chideme (also known as Stunner) pleaded with the courts for a fine Monday in a bid to avoid jail time after his conviction for negligent driving without a valid driver’s licence.
The Harare-based singer crashed into four parked cars, damaging all of them while driving a Toyota Lexus registration number ADG 3577.
The incident occurred in June this year in central Harare and left two pedestrians injured, one of them suffering a fractured pelvis.
In mitigation, defence lawyer Dumisani Mtombeni said the artist was struggling to survive in a harsh economic environment and had dependents.
“The accused person is married with three children and also takes care of his disabled 60–year-old mother he regularly takes to physicians,” said Mtombeni.
“Like many of us, he has been hard hit by harsh economic conditions as he can no longer make a living out of CD sales because of piracy.
“He further owes producers for the work done to come up with his latest album.”
The defence attorney added: “The accused person assisted victims by settling their medical bills.
“He even went further composing a song that raises awareness against road rage in collaboration with Zimbabwe Republic Police.
“The reason why he ended up in this situation was because he had an emergency. His son was said to have collapsed and he wanted to rush home and get the minor to a hospital otherwise that car had been parked ever since its purchase.
“I believe a fine of $100 or less would meet the justice of this offence as it was not premeditated. It was an accident and no one is immune.”
However, State prosecutor Devoted Nyagano insisted that Stunner deserved a spell behind bars.
“The accused person pleaded guilty not because of contrition but because he was aware that there is no way out since there is overwhelming evidence,” she said.
“He is a celebrity who is highly regarded by society and ought to have upheld the law and not driven without a licence.
“There is no proof that he repaired the said vehicles and if the court were to look into a local tabloid today he was photographed behind the wheel meaning he is not repentant.
“An example should be set because statistics of people driving without licences are on the rise and more people are losing their lives.”Advertisement

The magistrate will hand down sentence on Tuesday.