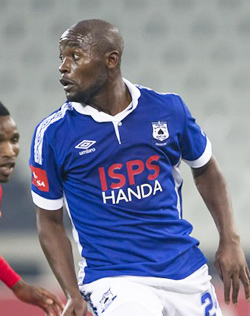 FORMER Zimbabwe and Kaizer Chiefs midfield hard-man Tinashe Nengomasha, 33, has been having a workout at University of Pretoria in South Africa with a view of bouncing back into the top flight.
The former Warriors midfielder has not played football since being offloaded by Mpumalanga Black Aces.
University of Pretoria coach Sammy Troughton says he is impressed by Nengomasha’s work-rate but fund limitations could hinder their wish of signing him when the mid-season transfer window opens on Friday.
“He came down to train with us and I saw lots of experience in him and it was easily noticeable that lots of players in our team respect him,” says Troughton.
“He impressed me with his general approach to training sessions, professionalism and commitment.
“However, at this moment we haven’t reached any conclusive decision about whether to sign him as we need to weigh up what we have against what he will bring in central midfield where we have a number of options.
“We are not a club that just signs players as we have our own limitations finance-wise; so January is what will determine everything.”
Nengomasha played over 350 games for Chiefs in a 11-year career, but failed to get a contract extension two seasons ago.
Should he join AmaTuks, the veteran player, who made appearances for Zimbabwe in the 2004 and 2006 Africa Cup of Nations finals, will link up with Warriors goalkeeper Washington Arubi.