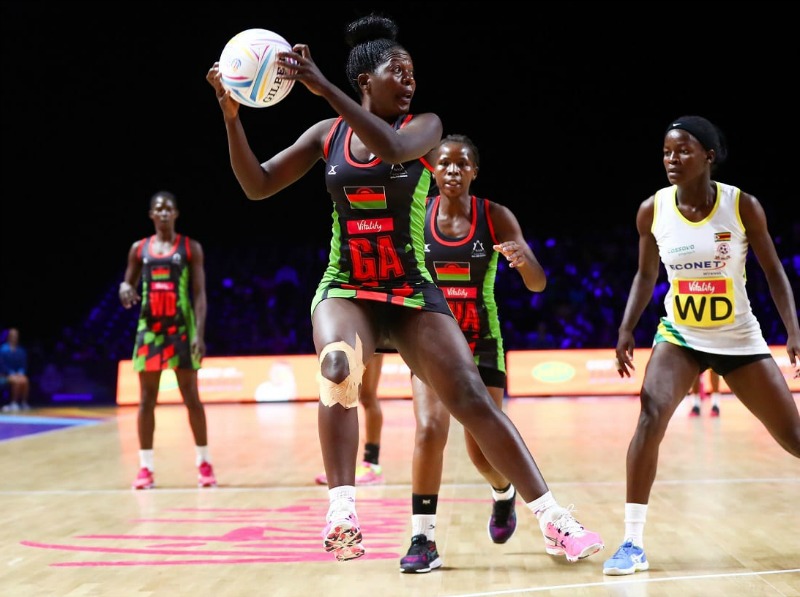 ZIMBABWE suffered their third defeat in five outings at the ongoing Netball World Cup after going down 43-59 to Malawi in an All-African Group F match at the M&S Bank Arena in Liverpool, England.

Malawi’s victory meant they secured third place in Group F ahead of the Gems, who have now won two and lost three of the matches they have played at the global showpiece.

The Gems, whose impressive performances despite their limited resources have captured the imagination of the whole nation and beyond, registered victories over Sri Lanka and Barbados while their losses came against reigning World Champions Australia, New Zealand and Malawi.

Despite enjoying tremendous support, Zimbabwe, ranked 13th in the world, were always going to be second favourites against the 9th ranked Malawians in what was the first ever World Cup meeting between the sides.

In the end, the Malawi Queens proved a lot stronger as they continued their impressive start to the tournament so far to give themselves a real chance of securing a top six finish.

It was the Zimbabweans who started the better side, taking advantage of what was a scrappy start to the game to establish a 4-1 lead.

But Malawi, led by Joyce Mvula and Jane Chimaliro, soon recovered to lead 12-8 at the end of the first quarter.

Zimbabwe coach Lloyd Makunde brought on the talismanic Pauline Jani for the second quarter, and she made a positive impact, scoring with her first three attempts early on in the quarter.

The experienced Malawians still managed to stretch their lead to 10 points (22-12) midway through the quarter, and despite a mini Zimbabwean revival spurred by their passionate support, the margin stayed consistent at half time, with Malawi going in 28-18 up.

Malawi took that momentum into the third quarter, scoring the first seven goals of the segment while Joice Takaidza registered Zimbabwe’s first goal of the quarter six minutes into the quarter.

The Zimbabwe Gems appeared to come back into the game with their best performance in the second half of the quarter, eventually, only losing it by four.

However, Malawi’s overall lead was growing, and was out to 43-29 by the end of the third period.

The final quarter was to prove the tightest of the game, as Zimbabwe put together an impressive finish, but Malawi had done more than enough to sew up victory and go into the play-off and placing games with real confidence.

Malawi will now play the fourth-placed finishers in Group G to determine who will play-off for fifth place while Zimbabwe will play the winner between Uganda and Jamaica in the playoff for seventh place.